The separation of families and deportation make good television according to Prime Minister Stephen Harper and Minister Vic Toews. The “de facto executive producers” approved a series that follows the Canadian Border Services Agency (CBSA) in action. A lot of what is caught on film shows people foreign to Canada being detained, confused and intimidated. Canadian tax dollars go to the project’s production. Our money pays for a CBSA communications representative to be present at all times while the camera is on, CBSA-appointed escorts for production staff, time for the CBSA to review footage, and to help the production company to access all CBSA facilities.

The Force Four Entertainment-produced series, called “Border Security: Canada’s Front Line” is currently on season two and has not yet been cancelled. Thankfully, though, the common sense of others won out in regards to one particularly exploitative episode.

The filming of a March 13 Vancouver construction site raid and the arrests of eight migrant workers will not air as part of the series. Also, there are now restrictions on where cameras are allowed. Filming is done away from the border and kept on the inland enforcement of those with “serious criminality.”

A memo from CBSA cites, “negative public response may continue,” as the reason for the episode’s cancellation. Such negative public response includes: Amnesty International, BC Civil Liberties Association, LeadNow, Council of Canadians, No One Is Illegal and the Canadian Bar Association (CBA), all of which have spoken out against the series, and wish for its cancellation. Thompson’s petition on change.org has over 24,000 signatures and an open letter addressed “To Force Four Entertainment, Shaw Media, Global BC, National Geographic, Canadian Border Services Agency, and all other producers, financiers, and broadcasters of Border Security: Canada’s Front Line,” has garnered 250 signatures from media professionals.

Diana Thompson, wife to Tulio Renan Hernandez , a worker who has been deported to Honduras told the activist group No One is Illegal: “We all feel extremely relieved by the news and are grateful to everyone who spoke out. We want this episode and the whole show cancelled.” 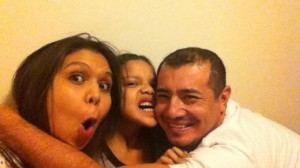 The show, which follows CBSA, has been criticized for exploiting the confusion and language barriers of people. Or as the Border Security site says, “From confused visitors to phony immigrants.” National Geographic gets more dramatic while describing this trashy TV, “Passengers react in a variety of unpredictable ways—they lie, argue, play the victim, plead ignorance and even threaten legal action.  But they are no match for the investigative tactics of the CBSA officers.  After all, the law is on their side.”

Concerns about the show regard harming not only the dignity of fellow human beings but in some cases putting them further in harm’s way. A letter addressed to Toews from the CBA explains that those seeking refuge for themselves and their family may be endangered further, having their faces filmed for television. The letter also says what many are worried about: “We question whether those foreign nationals participating in the filming can be considered to have provided free and informed consent.”

Though people are asked to sign a waiver, they are filmed first, then asked while they are detained. Language barriers, confusion and fear that not signing will affect their release factor before signing.

Force Four Entertainment released a statement after the raid, saying they were being mis-characterized and that the show was not exploitative tabloid television but a documentary about the CBSA. However the letter originally sent to Toews for approval wasn’t trumpeting education but sensationalism calling the project a, “documentary-style reality television series.” The letter, fit for Tory propaganda continues, “It would be a valuable opportunity to promote important messages about Canada’s commitment to border security to give profile to the agency as a professional and effective law enforcement organization.” And so the show was approved and funded by our federal government.

Josh Patterson, executive director of the BC Civil Liberties Association also appealed to Parliament Hill at a Vancouver news conference in March, “The federal government must respect the rights of every person it deals with, regardless of their immigration status.”

The show airs Mondays at 8 and 8:30 on the National Geographic Channel. For now.