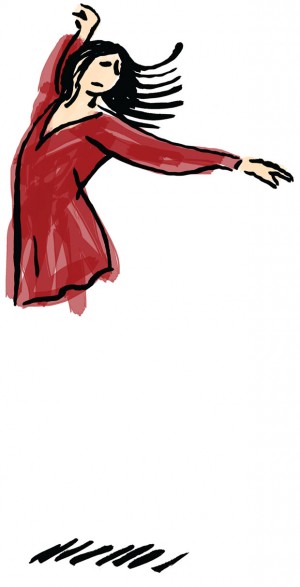 Of all the arts, dance is arguably the most physically and emotionally exhausting, and with an average annual income of a professional dancer sitting at $18,000, the real-life Natalie Portmans live way under Canada’s poverty line. And the crippling anxiety that might overtake an almost-30 dancer who fears his or her career is ending is very real, because more than likely it is. Dance is such a physical art that while some can go on for decades, many work injured until they’re forced to stop.

“The thing about dance is that for most people, it’s not a job; it’s who they are,” says Amanda Hancox, executive director of the Dancer Transition Resource Centre. “And when the job ends, by choice or by necessity, there’s a lot of emotional trauma that comes along with that loss.”

The DTRC was started in 1983 by Joysanne Sidimus, who had recently returned to Canada from travelling throughout the U.S. with the National Ballet of Canada. She looked up some of her old dance colleagues and, according to Hancox, found them “just looking at blank walls” with no support, no money, and no idea what to do next. She partnered with the Dance in Canada Association and the Canadian Association of Professional Dance Organizations to research and understand the issues facing dancers in Canada, and the DTRC officially opened its doors in September 1985.

Since then, the DTRC has helped more than 10,000 dancers at all stages of their careers, and offers professional counselling, mentoring, workshops, and conferences. The DTRC has offices in Toronto, Vancouver, and Montreal and regional representatives in Calgary, Winnipeg, and Atlantic Canada.

One of the main functions of the DTRC is to offer scholarships and career counseling for current and former dancers trying to figure out what their next moves should be and assistance in training for a “parallel career,” as Hancox calls it. This often comes in the form of a part-time job to pay the bills, since there are few full-time jobs in the industry. Dancers, like actors, need more flexible schedules to allow for classes and rehearsals, which means they often end up in minimum-wage service jobs (while it’s not uncommon for writers, visual artists, or musicians to hold down nine-to-five jobs, and practise their craft outside of business hours).

Career changes are not uncommon for young Canadians, but what makes an organization like the DTRC so crucial to Canadian dancers is the young age at which many start, says Hancox. They start training at the age of eight or nine, sometimes five days a week or more, become a hired performer by 19 or 20, and then by the time they retire at 35 or 40—often due to chronic injury—they have made so little money that they have to start all over from nothing, and many don’t even know what their interests and passions are outside the world of dance, says Hancox. “It’s not like they went to university and chose a career.”