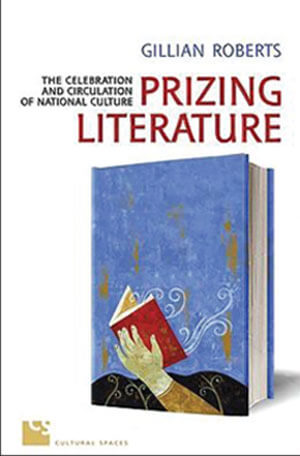 Literary prizes are often seen as either a barometer or an enforcer of national taste. Gillian Roberts’s Prizing Literature turns instead to how prizes like the Giller and Booker confer upon their Canadian recipients an unofficial certificate of citizenship. With clear prose and theoretical acumen, Roberts probes the vexed relationship between national culture and hospitality, both in the works of diasporic Canadian prizewinners and in their circulation within Canada and internationally.

Roberts’s readings are both original and politically engaged. She deftly combats charges that Rohinton Mistry’s refusal to represent his “host” country in spite of the accolades it’s bestowed upon him—to “pay up”— makes him a bad guest. Drawing parallels between Mistry’s representations of political disenfranchisement in India and his public excoriation of cuts to social-welfare programs under Mike Harris’s “Common Sense Revolution,” Roberts makes the case for the political efficacy of a cosmopolitan citizenship that stands in two places at once.

Digressions like Roberts’ discussion of the idiosyncrasies of Canadian film distribution in her chapter on Carol Shields are less carefully considered. And provocative as the book is in tracing the delicate steps of writers such as Michael Ondaatje, granted honorary citizenship for works that needle the nation now hailing him as its own, its shifts from literary analysis to reception history can be jarring. Still, this is an important study—a smart look at border-crossing books about border crossing that is attentive, as Roberts says about Yann Martel, to the “radically simultaneous” potential of Canadian identities.