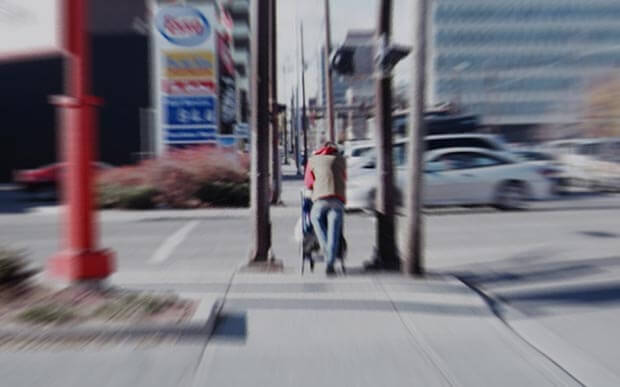 A lack of good statistics on the scope of Calgary's homeless population have hampered efforts. Creative Commons photo by Flickr User C Law.

Three years ago, the City of Calgary adopted a 10-year plan to end homelessness. The much-lauded, and now much-copied, program was the first of its kind in Canada. Funded by the provincial government and led by the Calgary Homeless Foundation, the plan hinges on an ambitious “Housing First” strategy, which promises to move 1,800 of Calgary’s homeless population out of shelters and into their own apartments. No more than 10 percent of that population will return to homelessness, it pledges, and by 2018 no one will stay in an emergency shelter for more than a week before permanent housing is found. But does the golden-on-paper policy shine in practice?

Unfortunately, it’s hard to say. The City of Calgary has not taken a homeless count since May 2008, when the tally hit 4,060. This leaves no solid way to measure the plan’s progress. While the foundation has launched its own system to keep track of the population, it will be December before there’s an official number. The foundation does know that, as of January, 2,300 people had been moved into their own apartments, says Tim Richter, President and CEO. However, it’s difficult to determine whether others have replaced them, or even if they’re still living in housing.

Kristen Desjarlais-deKlerk, a former frontline worker at The Mustard Seed, an emergency shelter in downtown Calgary, is one of many who would like to see more emphasis on a “Housing First, with support” approach, including frequent visits from caseworkers, treatment for illnesses and addictions and life-skills assistance—services that are not always delivered with the necessary frequency and consistency now.

“We need to find a way to build a sense of community into these Housing First initiatives,” she says. Otherwise, risk factors that contribute to homelessness in the first place aren’t being addressed.

The program largely relies on the Calgary Housing Company to pay subsidies equivalent to 70 percent of the client’s rent. But what happens if the subsidy funding pool runs dry, and people are living in apartments they can’t afford with no skills and no support?

There are plenty of questions surrounding the plan’s long-term goals, and for now, not many answers. Even so, Calgary has started a necessary conversation. “The wonderful thing about the 10-year plan is that it put homelessness back on the agenda,” says Desjarlais-deKlerk, “And made it something that people saw as solvable and worth their time.”