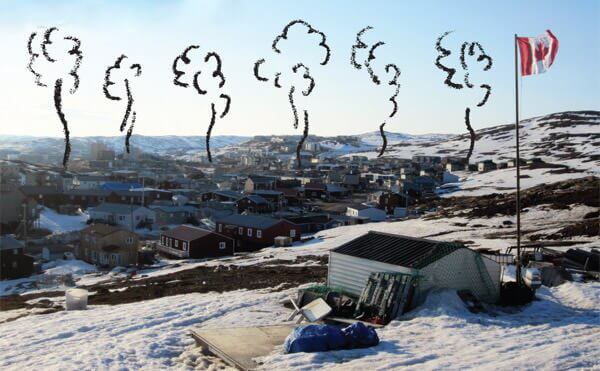 On the streets of Iqaluit, cheery Alana Kronstal is known as “the tobacco lady.” Young and old, everyone seems to know the 31-year-old, who is leading the charge against smoking in Nunavut, home of the highest smoking rates in Canada. “Nowhere in Canada has a campaign been launched starting with such a majority of smokers,” Kronstal says. “We’re trying to do something that hasn’t been done yet.”

The statistics are staggering when compared to the rest of the country: according to Statistics Canada, 53 percent of the Nunavut population smokes and private studies cite numbers as high as 70 percent among the territory’s predominantly Inuit population. Children as young as two pick butts off the street to imitate their parents. Studies show up to 80 percent of the territory’s pregnant women smoke.

Luckily for the anti-smoking faction, the federal government has granted Kronstal and her team $700,000 for a new public awareness campaign. Tentatively called Tobacco Has No Place Here, the PSA will focus on challenging the cultural norm of smoking in Nunavut. Kronstal’s team has hired two firms (one local) to grab the territory’s attention through social media buzz, YouTube vignettes, community feasts during the campaign’s rollout in January, an art installation in Iqaluit, and more.

“We’re a small community spread over a vast landscape. People know each other well,” says Kronstal, who has worked on smaller-scale campaigns in the Northwest Territories. “If we share personal stories, put a face to this issue, celebrate individuals who’ve successfully quit smoking, we’re getting somewhere.”

While sky-high lung cancer and tuberculosis rates are often overshadowed by Nunavut’s other struggles—high suicide rates, substance abuse, isolation, and poverty—Kronstal believes her campaign can change lives: “It’s having a very real impact on people’s health and the life expectancy of an entire population.”

Nunavut’s campaign is currently partially funded under the Federal Tobacco Control Strategy. Since the strategy launched 10 years ago, nationwide smoking rates have dropped to 21 percent, leaving the government to wonder if it still needs to invest in getting people to quit. The funding strategy is currently up for renewal, and Kronstal isn’t sure what will happen in Nunavut if it’s canned. “Is it a done deal now? Obviously for some of the provinces, the issue [of smoking] has changed,” she says. “But for people in Nunavut, it’s not a dead issue. It’s not an issue that’s been solved yet.”