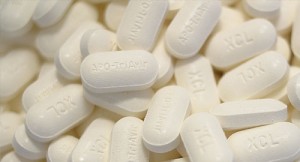 In March, Canada came improbably close to establishing a system to deliver drugs cheaply and quickly to poorer countries. In a vote of 172 to 111, the House of Commons passed Bill C-393, which would have streamlined Canada’s Access to Medicine Regime, a program to provide low-cost generic drugs to the global south. It wasn’t to be: the senate stalled, waiting for the vote of non-confidence that precipitated a spring election. That vote came four days later, effectively trashing the bill.

CAMR allows generic drugmakers to export cheaper versions of brand-name drugs to developing countries, without needing the permission of the patent-holders. “We have tremendous capacity to help address a particular need,” says Richard Elliott, executive director at the Canadian HIV/AIDS Legal Network. But CAMR’s cumbersome red tape kept manufacturers away. Says Elliott: “To leave in place a regime that is not working would be harming millions of people who need access to medicines.”

The program had only been used once since it was introduced in 2005. In 2007, Apotex, the largest Canadian-owned generic drug company, shipped enough HIV medication, Apo-TriAvir, to treat 21,000 patients in Rwanda [PDF]. Apotex says the final shipment went out in 2008. “We’re not likely to repeat the process under the current regime,” says Bruce Clark, Apotex’s senior vice-president of scientific and regulatory affairs. “It’s not just our decision, it’s a practical reality that no second country has made a request under the regime because it’s so complicated.” Bill C-393 would have simplified that process, but its future looks doubtful.

When C-393 passed in the House of Commons, it was supported by 26 Conservative MPs; 25 of those were re-elected, but the bill’s prospects in the new Conservative-dominated parliament look dim. “We saw what Harper did in the senate with the bill,” Elliott says.

On May 5, Elliott discussed CAMR’s future with other major advocacy groups. They’ve decided it’s not time to give up, but it will take time to re-assess the political climate before drafting some next steps. “The legal landscape is more challenging now than before,” he says. “But it’s worth trying to gather some intelligence and make a more informed assessment as to what the prospects might be before moving forward.”

Even with such slight optimism, Elliott expects the earliest the bill could be re-introduced—if at all—would be this fall.