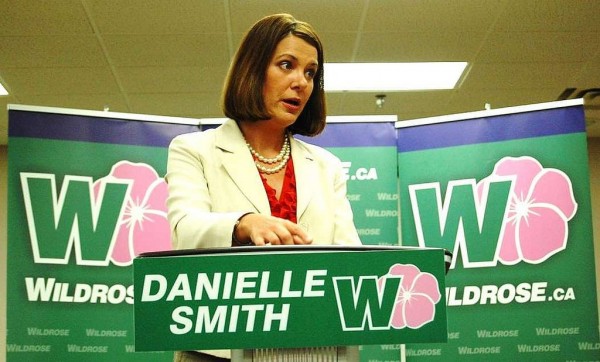 At Marv’s Classic Soda Shop, Marvin Garriott, known for his oiled handlebar moustache, is often asked to speak of politics. He’s the local prophet on the subject; all small towns have one. A two-term councillor sitting for the 1,900-person Southern Alberta town of Black Diamond, Garriott poses for tourists and reporters, mugging in a bowling-alley inspired uniform matching the laminate, post-war decor of his pop shop. He knew the federal Conservatives would sweep to a majority, predicted the fall of the Liberals and even says he foresaw the Orange Crush (and the demise of the Bloc).

Ask Garriott to predict the outcome of the upcoming provincial leadership race and his vision goes dark. “It’s going to be an interesting one,” he says, passing judgment on the provincial Progressive Conservative party with a wince and a so-so motion of his left hand. “They weren’t listening to us. And the whole health-care issue has been a fiasco, and it still is.” Albertans face a leadership contest and probable election come fall, and are calling for change. Considering Black Diamond is in the dark blue heart of Tory country, Garriott’s verdict is a surprising vote of non-confidence.

For 40 years, the Conservatives, under the auspices of King Ralph Klein and lately “Steady Eddie” Stelmach have boasted vote margins envied by now-deposed Middle Eastern despots. At least, until Stelmach’s bumbling leadership style cost him the support of party insiders. Facing declining oil royalties, ongoing economic sluggishness and a rogue MLA forcing the party’s failing health-care policies into an unflattering news spiral, the Conservative caucus is “dissolving,” according to David Taras, a media studies professor at Mount Royal University. “People elected [Stelmach] thinking he was experienced, but it turned out there was nothing steady about Eddie,” Taras says. “When 45 percent of your budget goes into health-care, that’s the gold standard. That’s the standard by which you will be judged.”

Following in the out-sized footsteps of the iconic Klein, Stelmach’s path was bound to be bumpy. But his political missteps have been scrutinized more severely by the formation of two new parties: the centrist Alberta Party and far-right Wildrose Alliance. The latter, led by charismatic former journalist Danielle Smith, has quickly leeched the support of the populist-minded and arch-conservative alike (though the pendulum may be swinging back lately).

Stelmach’s fading fortifications were dealt a fatal coup de main during budget talks in January. His finance minister, Ted Morton, reportedly threatened to resign rather than deliver a financial plan easy on cuts and leaning heavily on the province’s reserve savings. Stelmach beat Morton to the podium. The premier resigned during a hasty news conference. He took no questions. Two days later, Morton announced himself a leadership contender. The Conservatives are now staging a six-way race to elect a leader in a five-party province.

The turmoil may even lead to an actual contest come election day—a rarity in a region where there’s more competition within parties than between them. The root of Alberta’s electoral intractability lies in its history, according to Taras. Early American immigration, strong religious communities and the hangover of the Trudeau-Era National Energy Program mean it may be decades before the province sees any real political movement—the election of superstar Calgary mayor Naheed Nenshi being the exception. Up to a quarter of Alberta’s budget relies on oil royalties, and the rest of the country is growing increasingly hostile to oil sands development.

The result is a hankering for a strong leader who can stand up to the environmentalists and robber barons of Eastern Canada: “The lesson is that we need majority governments that have to be strong vis-à-vis Ottawa, because if they’re not strong, bad things can happen,” Taras says. “People see environmental politics through the lens of ‘what’s Ottawa going to do to us now?’”

And here, it should be noted, Albertans have a point. Last year, the province’s taxpayers gave the federal government $7 billion more than they received in revenue and services—about the same as what Quebec received in equalization payments. The province also receives less than its fair share in health-care transfers.

Since the ’70s, Alberta’s politics have revolved more around the protection of regional interests than the promulgation of truly conservative social values. That leaves a cadre of leadership candidates that run the gamut from Red Tory to Stockwell Day—just as long as they support oil and gas, all seem to be welcome under the big blue tent. For decades, that made for a broad, stable conservative dynasty; now that base appears to be fracturing.

Gary Mar, a former MLA, recently quit his job as the Alberta representative in the Canadian embassy in Washington. He’s emerged as an early front-runner in the leadership race. High on his list of self-described credentials are his lobbying efforts for the Keystone XL pipeline—a tube that would carry crude oil to the U.S., angering environmental groups on both sides of the border.

At 48 years old, Mar is young and eloquent: traits he shares with fellow candidate Doug Griffiths, who holds the title of youngest MLA to serve the province at 29. Former energy minister Rick Orman and deputy premier Doug Horner both have strong resumes, but may be seen as too old-school to tap into the restless undercurrent.

Alison Redford rounds the centrist Tory position. Socially progressive, she supports boosting Calgary as a world energy capital. She’s also pulled some of the campaign brains behind Nenshi’s purple revolution, which saw the mayor sweep last year’s municipal elections. “We can’t continue to presume that an election takes place, we elect a certain set of officials and then those politicians go away to make decisions, and then ask people to vote for them again,” Redford says. “People are demanding a different conversation with their politicians.”

Then there’s Mr. Et-Tu? Morton, who stands for a more conventional, American-style conservatism that blends fiscal utilitarianism and hard-right values such as opposition to same-sex marriage. Whether he has a shot at the top seat in Alberta as the Wildrose splits the right remains to be seen. “The Wildrose has made a lot of inroads,” Garriott says. Stelmach, with his humble rise to the top, should be popular among the types of people who frequent Marv’s soda shop. He’s not. “For a country boy, [Stelmach] lost touch with reality.”

In Alberta, the reality these days seems to be: expect the unexpected.