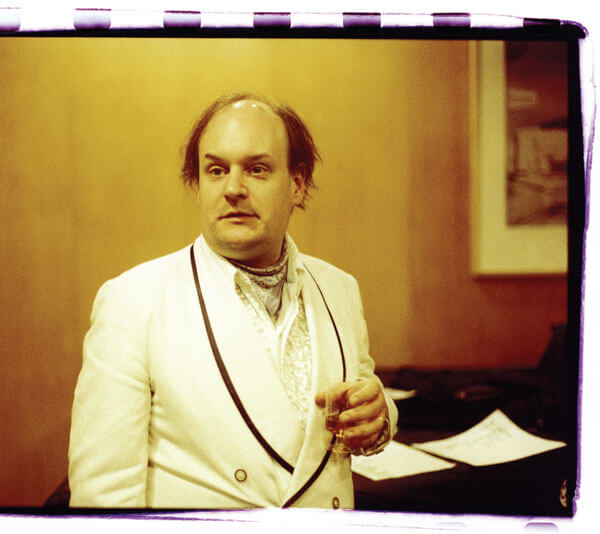 Toronto’s Chris Cummings leads a double life. By day, he works at the Toronto International Film Festival as Assistant Manager, programming Norman McLaren shorts for the Bell Lightbox. By night, he slides into a white tuxedo to become Mantler, his broken-hearted soul-funk alter ego.

Mantler has been a fixture of the Toronto music scene since the mid-’90s, when he wrote sweetly solipsistic love songs about crying at the movies, inspired by Burt Bacharach’s wayward pop and Marvin Gaye’s divorce record Here My Dear. But on 2010’s Monody, he got a little help from his friends—ironically, the same musicians he first inspired, like Owen Pallett and Junior Boys’ Jeremy Greenspan. Being an elder statesman of the Toronto music scene has allowed Mantler to organize events like a recent screening at the TIFF Cinemateque, where he played along to avant-garde films by malign experimental filmmakers. But unlike most local musicians, Mantler isn’t afraid to use sentiment in his lushly orchestrated R&B. He has called his project an attempt for “eternal hope in the face of everyday despair,” but his emotive songwriting makes you want to live.

By tapping into the longing of unrequited love and urban ennui, Mantler’s music helps us come to terms with our own isolation. And by connecting the fragmented film and music scenes, he’s helping other emerging musicians find their influences in Jean-Pierre Melville film noirs and Douglas Sirk melodramas. No stranger to dreaming in the dark, Mantler’s songs remain the same.