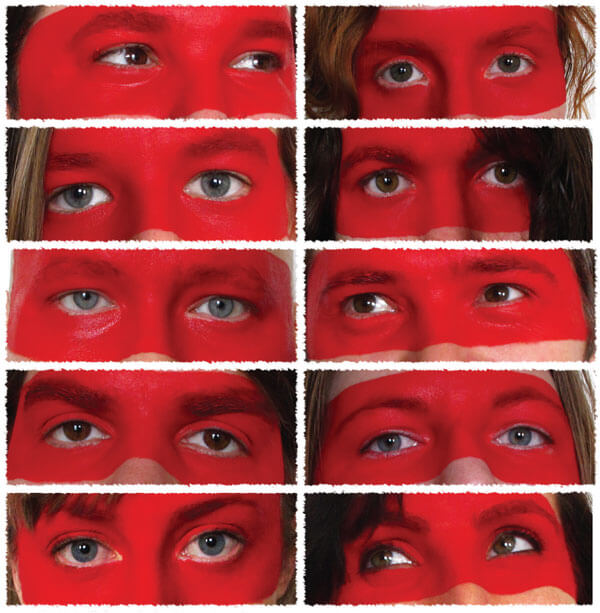 The Journal of Behavioral Medicine tells us what humans have always known—singing in groups is good for you. Sing and immune-boosting proteins come flooding through your bloodstream. Psychophysiological changes take hold. Your mood is elevated.

Bruce Peninsula knows this intuitively. The band, which can swell to more than a dozen, mixes gospel, folk, and prog rock into music for a choir of passionate bellowers. On a warm spring night in Sarnia last year, I saw them use the science of singing to create havoc in a small-town bar. With the gravelly voiced Neil Haverty leading the call-and-response, the band spread out across the small stage—hooting and hollering, leaning into shared microphones, throwing their heads back, and clasping their hands. The Sarnians didn’t know what hit them.

The band captures the force of their live show on their album A Mountain Is a Mouth. Critics have called it “religious” or “spiritual,” which seems to miss something more elemental; just because religions were quick to figure out the ecstatic power of group singing doesn’t mean they should get all the credit.

The band has a new album now, recorded and ready to go, but we’ll have to wait until the fall to hear it. Last December, frontman Haverty was diagnosed with leukemia. It is, fortunately, the good kind of leukemia, if such a thing exists. Doctors say he has a 95 percent chance of recovery. So Haverty will be back onstage soon enough. The album will find new ears, the choir will reassemble, and the singers will open their throats to create that pleasing racket once again, their bloodstreams quickening to the sound.