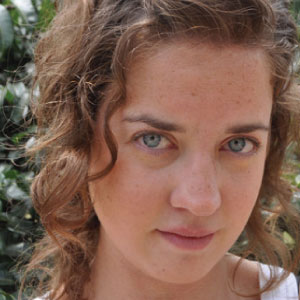 Jenny Vaughan is no stranger to the hybrid role of journalist, leader, and advocate. She now occupies a unique position as the Accra, Ghana-based eyes and ears of Journalists for Human Rights, a media development organization with operations throughout sub-Saharan Africa. Currently, her job ranges from ensuring the professional and personal well-being of a team of journalists currently placed in Ghana and Malawi, to leading training programs with soldiers from various African countries on interaction with the press. Yet her fascination with the points where journalism, leadership, and international advocacy work coincide dates back much further. Born and raised into a family of journalists and politicians in Toronto, the 25-year-old has been navigating those worlds all her life.

Vaughan first worked in African media in the summer of 2009, as a reporter for the Daily Monitor, a national newspaper in Uganda. Sample stories from this time saw Vaughan on the back of a bodaboda motorbike in August 2009, weaving through traffic on Kampala’s red dirt roads to cover the story that businessman Benjamin Mukasa had been illegally detained by an army major in Kampala. “For two days,” says Vaughan, “he says he was starved, beaten, and refused access to a bathroom.”

Vaughan knew covering that story would be dangerous, because it involved exposing human-rights abuses committed by the army. But, as she puts it, “I didn’t hesitate when my colleague asked me to interview Mukasa. It’s because of stories like this that I became a journalist.” While at the Monitor, Vaughan also produced features on refugee rights, sexual harassment, and youth empowerment. “Human rights abuses often go unreported,” says Vaughan, “which is why I believe the work of Journalists for Human Rights is so important.”

Founded nine years ago, JHR—of which I am International Programs Director—works with local media in a variety of sub-Saharan African countries to shore up the power of the fourth estate. It does this by foregrounding a culture of human-rights reporting in a media environment where life is cheap, and respect for human rights is frequently the last priority.

But Vaughan’s engagement with this kind of work predates her time at JHR. Uganda, for example, made international headlines in January 2011 when gay activist David Kato was murdered. Yet Vaughan was on that issue two years prior, co-producing a television documentary about Uganda’s criminalization of homosexuality for iChannel and working closely with gay rights activists who risked their safety to expose injustice.

Her time in Uganda proved to her the power the press has to educate and empower communities in developing democracies, especially when it comes to human rights—an ethos she has refined during her time with JHR. With such a heady mix of media work, leadership, and development to her credit, I’m fascinated to see what Vaughan does next.