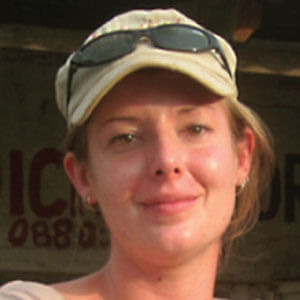 Born and raised in British Columbia, Jessica McDiarmid knew from a young age that she wanted to write about tough subjects in difficult places. Around age 14, McDiarmid devoured Oakland Ross’s A Fire on the Mountains, a compilation of true-life stories about the extraordinary circumstances in which people live and thrive in 17 global hotspots, including El Salvador, Cuba, and Zambia. With the work of Canada’s most renowned foreign correspondents as inspiration, McDiarmid decided to take up a career in journalism.

Fast forward a decade, and McDiarmid is now competing directly with Ross for space in the world section of the Toronto Star, writing for the paper from Abidjan, Ivory Coast, about the ongoing standoff between former president Laurent Gbagbo and aspirant Alassane Outtara. She’s also covered Liberia’s lost generation of child soldiers and interviewed current presidential candidate Prince Johnson, a notorious warlord.

McDiarmid’s path to journalism was fairly direct. She took journalism at The University of King’s College in Halifax, graduating into the usual environment of unpaid internships, short-term contracts, and other piecemeal job opportunities. Unfazed, McDiarmid worked for a variety of news organizations, including the Hamilton Spectator, before landing a job at the Canadian Press, where, among other things, she went to New Orleans to write about the aftermath of Hurricane Katrina.

That yen to write from overseas proved too strong to ignore, however, and the summer of 2010 saw McDiarmid embarking on a six-month internship at Accra’s Daily Guide, co-ordinated by Toronto media development organization Journalists for Human Rights. With her internship over, she is now combining media development work with her own freelance journalism. And she’s not afraid of using her power as a writer to advocate for causes she believes in. “The best way to promote justice in the world is not just to take stories of Africa back to Canada, but to help empower journalists there to tell those stories to their own nations,” she says. Amen, sister.