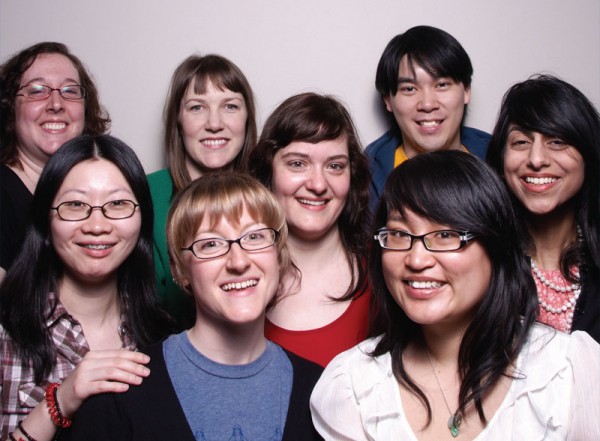 Flip through the pages of Shameless, a feminist magazine for teen girls, and you’ll find a debate about the value of corporate social responsibility titled “When Oppressive Corporations Do Progressive Things” alongside a first-person call for self-acceptance, “Shame, Beauty and Women of Colour.”

It’s not exactly Seventeen, and that’s the whole point — or at least it was. “When we started, we defined ourselves as what we aren’t,” explains Sheila Sampath, the magazine’s editorial director. “Now, we no longer have to do that. It’s more about what we are.”

Shameless was born out of a Ryerson University classroom seven years ago, founded by students Nicole Cohen and Melinda Mattos to redress the deficiencies in mainstream teen magazines. Sampath, who joined the team as art director early on, is now running the show — and providing day-to-day continuity within the all-volunteer team. The magazine’s 10 or so editors are joined by outreach volunteers, including those who run the Wire, a journalism training program for high-school girls.

“I wish I’d had Shameless when I was a teen,” says Sampath, pointing out that, refreshingly, it doesn’t assume its audience to be straight, white, and middle class.

Shameless is overtly activist, with a mission statement that reads, in part, “We understand that many of the obstacles faced by young women lie at the intersection of different forms of oppression, based on race, class, ability, immigration status, sexual orientation, and gender identity.”

Its target demographic — vocal in its appreciation — usually finds the mag in school libraries, but Shameless is also available on newsstands and finds many fans in older age groups, too.

The indie title aims to provide a sense of community for those who are “different”—in viewpoint or ethnicity. “It really is validating to see yourself reflected in print,” Sampath says. “We’re trying to redefine what’s normal.”