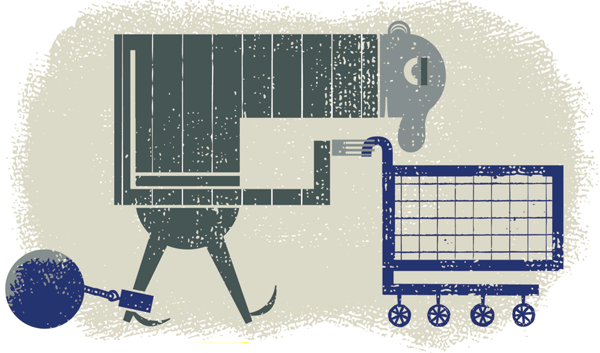 The United States’ decision to invade Afghanistan soon after 9/11 was misguided for many reasons, but one was purely practical: Al Qaeda is a stateless, decentralized network scattered across the globe. The spectral, international scope of the problem was no secret—so why wage a conventional war on one country? It was as if an outmoded way of thinking simply couldn’t react fast enough to a startling new reality.

With the rise of WikiLeaks and its release of thousands of classified military and diplomatic documents, something disturbingly similar is happening again. While the internet and geopolitical struggle were once rarely connected, in the WikiLeaks affair, they are now intertwined in a very real way. Among other things, the cables detailed secret U.S. bombings of Yemen and Chinese cyber-attacks on Google. Their publication drew loud, if somewhat hollow, condemnations from the likes of Hillary Clinton.

Unfortunately, the U.S. response to WikiLeaks seems eerily analogous to its response to 9/11. Another stateless, decentralized network has again attacked the establishments of American power. And America’s response, again, has been an ineffectual, ham-fisted blunder that mostly harms bystanders while the perpetrators vanish into the hills. Worse, corporations are also lining up behind governments to help protect the political status quo.

When WikiLeaks released the first batch of diplomatic cables, the reaction was, unsurprisingly, split. But whether people thought it good or bad, what everyone saw was that the spread of information on networks that do not adhere to traditional ideas of centralization, statehood, or journalism made that information extremely difficult to hide.

That didn’t stop the American government and companies from twisting almost every arm they could grab to try and stem the flow. Amazon, whose servers WikiLeaks were using to hold a copy of the cables, shut down WikiLeaks’ account, in part because its terms of service said its customers must own the rights to documents they publish. (Nobody at Amazon, it seems, caught the irony that the entire point of leaked documents is that you don’t ask for permission to publish them.) When the U.S Department of Justice served Twitter with a subpoena for the accounts of people associated with WikiLeaks—including WikiLeaks head Julian Assange and Icelandic MP Birgitta Jónsdóttir—Twitter had little choice but to comply.

Corporations obviously have to abide by the law. Beyond the business ramifications of legal censure, if they don’t play nice, neither other companies nor their shareholders will trust them.

Even though under most circumstances, law works to keep societies and economies running smoothly, legal protections for expressing dissent are built into truly democratic systems. If you want to demonstrate against powers that affect your life, you can always protest in a public square or on the street in front of a multinational. You are safe doing so because that space belongs to you as a citizen. But unlike a leak in the traditional press or the careful dance between protesters and police at a rally, WikiLeaks highlighted the fact that, on the internet, there is no tradition of public space. Indeed, the stark reality is that virtual world is essentially a private, corporate one.

If technology is increasingly both a tool and a site of resistance—and it unquestionably is—then the ownership of that space is of crucial importance. Centuries of common law underpin our rights to expression in public places; the internet has no equivalent.

We often treat the web like a public space, but the reality is that it is more like a private amusement park. We, the children who have been granted access, must play by the rules posted at its entrance. From the great server farms where data is stored to the pipes running under the sea to the copper wires linking your home to the web, all of it is owned by profit-seeking companies. And when the law knocks on their door—as it does every day with Twitter, Amazon, Google, Facebook, and others—they have to comply. What WikiLeaks so clearly demonstrated is that when companies beholden to the status quo own the virtual ground on which you can resist, it might be pulled from under you without recourse.

None of this succeeded in top-killing the WikiLeaks gusher, of course. The centreless nature of the web ensured that (so did legal protections in Europe).

But it did demonstrate that the authoritarian impulse is alive and well online, and that the rules of dissent, misbehaviour, and resistance are even less settled on the web than they are in the streets. The networks through which we spread information do not belong to us as citizens—only as consumers. Like any business transaction, the use of Twitter or storage on Amazon servers operates under a contract limited by the law. Anything that actually defies legality—as did the suffragettes, the civil rights movement, or anticapitalist anarchism today—is off limits.

Significant historical change often means not following the rules: taking to the streets, gathering with others, and yes, even breaking the odd window. But when the new virtual space of public assembly is owned by those with a vested interest in not rocking the boat, expressing dissent becomes more and more difficult.

So we are left with two competing, incompatible visions: of a technology that promised to upend the status quo; and a set of rules designed to ensure we never dare to try.