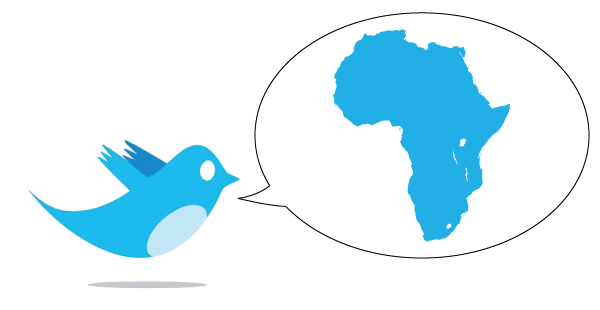 A friend recently sent me an email commenting on the Twitter craze provoked by the recent riots in Kampala, Uganda. Within the first few minutes of the first sign of rioting, Twitter was chock-full of witness reports on the events.

Just like Tehran earlier this year, Twitter delivered an instant “news” source. While Twitter provides largely unverified information, I was able to track events via a series of people whom I trust because we have either met or because they have honed a flawless track record of articles, blogs and informal citizen news production eventually verified by mainstream news agencies.

While I was impressed by the f requency and detail of the updates, one of my acquaintances seemed less so. He asked why rural Ugandans — such as our mutual connection “Norman” who runs an orphanage in Mbale, Western Uganda — would be interested in minute-by-minute updates on rioting in Kampala. He writes: “I don’t think their lives [Norman and other rural Ugandans] would be demonstrably altered by knowing facts two or three hours earlier.”

However, as a Ugandan friend who is social-entrepreneur insists, this argument misses the point. It does not matter whether anyone wants or needs to hear information on a minute-by-minute basis. The importance of Twitter lies not only in providing a security mechanism when news is lacking,  but also in offering everyone a “personal microphone.” This personal microphone extends far beyond news updates by offering a new knowledge-production mechanism which expands beyond limited village-based traditional information-sharing networks to a virtual global network. Writ large, Twitter and other social media are tools to counter the hegemony of Western knowledge-production, both in news and in international development.

While Norman might not be as interested in the instant updates on riots in Kampala (which, I would argue, he would be, considering family and friends living in the capital city), he has a stake in terms of funding his own orphanage project through instant updates. Sure enough, Norman is a prime example of just how effective this type of social media marketing (Facebook, Twitter and so on) can be. On any given day, I receive at lease one or two updates from Norman on his orphanage in Mbale. And, while an overflow of information has often turned me off from reading every update and contributing to the project more than just once in a while, it does inspire a sense of trust and confidence to see that the project is constantly evolving (for better or worse). It also enables Norman  to foster a wider network of people contributing to his project, honing more funding and opportunities.

A key point in the development of social media tools like Twitter is that they are being used to circumvent all types of “traditional” structures that are rigid in control and content. Twitter enables news to circumvent the tightly controlled radio stations and newspapers in Uganda and ensures that citizens are given an idea of how their friends and families are doing; social media in general is circumventing time worn international aid structures that have consistently hampered the development of home-grown ideas and projects through foreign-controlled and imposed development ideas and ideals.  Individuals who have built a Twitter “reputation” for accurate information  can provide live, in-the-field updates; others can provide an up-to-date source of information showing the traceable and digestible development of their projects. The latter, moreover, offer a personal connection to the project, which secures further donations.

Based on the huge growth of social media, it is safe to presume that over the next few years, we are going to see social media emerging as a tool for the marginalized: those whose voices have been silenced by bigger “machines” such as the ever present bureaucracy of large aid organizations like the United Nations and powerful Western news agencies such as CNN.

While the Internet does give everyone a chance to “re-invent” themselves as they wish, a unique trust system based on complex virtual and face-to-face relations is becoming a stop-gap for the potential fabrications that come with unregulated information. As I mentioned before, I have developed a network of friends whom I have met, or been referred to by trusted friends, or who have proven themselves to be accurate in their reporting and observations. Besides this, active Twitter users are engaged in a parallel activity, “tweetups”, which brings users together on a more human basis, providing far more trust than the forever elusive structures of big development systems like USAID and the “parachute journalism” of chronically underfunded newspapers.

So, contrary to the myth  that social media, particular Twitter, are irrelevant to human development, I believe individuals like Norman show the great potential in investing in this type of information sharing and networking. Moreover, it is high-time for a tool to challenge the mainstream knowledge structures that are forever dominated by the West. with its bottomless finances to manipulate information, and thus to ensure  a more even distribution of knowledge production. As Foucault said, “Knowledge is Power” and social media — increasingly accessible to the masses — is helping reverse the unfair distribution of information which has tainted the reputation of regions like the Middle East (remember Edward Said?) and Africa keeping them forever marginalized.