[This article has been updated since its early March 2011 publication; please see 5th paragraph] 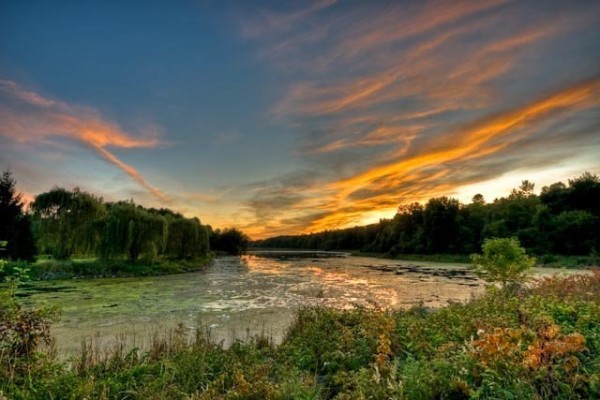 Imagine a major Canadian city fortunate enough to have both an old-growth forest and wetlands, rich in biodiversity and rare habitats, covering an area almost three times larger than Vancouver’s Stanley Park. Now picture chunks of it bulldozed for subdivisions and a highway. Unthinkable? Welcome to Ottawa’s South March Highlands, an estimated 1,100 hectares of ecologically significant land, home to hundreds of species—almost 20 at risk of extinction—and believed to be the site of ancient Aboriginal artifacts. But only 40 percent of it is protected by the city as conservation land—and developers are moving in.

“It’s one of the most biodiverse areas in Canada,” says Ottawa resident and environmentalist Paul Renaud, “and it’s 15 minutes from the centre of the nation’s capital.” Perhaps that’s why, in 1981, when developer Campeau Corp. purchased 550 hectares there, it agreed to keep 40 percent as “open space”—a contingency that carried over to subsequent landowners. But this open space isn’t exclusively environmentally significant land, as the area’s biodiversity wasn’t fully understood at the time of the purchase. Meanwhile, developers have capitalized on the agreement’s consent to build sports fields, storm management areas and an 18-hole golf course.

Several new residential subdivisions in the South March Highlands are currently planned or under construction. There’s the 269-hectare Kanata Lakes development being built by KNL Developments, a partnership of Ottawa builders Urbandale and Richcraft. There’s also the 84-hectare Richardson Ridge subdivision planned by the Ottawa-based Regional Group of Companies. Clearcutting of the popular Beaver Pond Forest began in January as part of KNL’s hotly contested plan to build 3,200 homes in the area. In 2009 the city approved an extension of Terry Fox Drive, a major arterial road that will bisect conservation land.

Unsurprisingly, local environmental groups and residents, including Renaud, have rallied against the area’s destruction. In early 2010 they formed the Coalition to Protect the South March Highlands. It has thousands of members locally and nationally, and Sierra Club Canada, the David Suzuki Foundation, and the Algonquin First Nations have joined the cause. “We need to do a better job of protecting the rights of indigenous people and the natural environment,” says Renaud. “It’s not too late to do the right thing.”

In the meantime, development continues to move forward. In December 2010, city council gave up an attempt to acquire 29 hectares of the Beaver Pond Forest from KNL, citing lack of funds and failure to agree with KNL on the land’s price. “The city can put new conditions on [KNL’s subdivision approval] if we have reason to do so,” says city councillor Marianne Wilkinson. “But if we try to do it, they can appeal it to the Ontario Municipal Board.” That’s one battle council wants to avoid. UPDATE: clearcutting of the Beaver Pond development site KNL Developments began in late January. The Coalition to Protect the South March Highlands says it is “not backing down” and encourages supporters to call city councillors and the Ottawa mayors’ office.

Residents have asked the provincial and federal governments—who hold responsibility for species at risk, areas of significant biodiversity, and the capital region greenbelt—to step in. Without the political will to protect the wilderness, the South March Highlands may become a case of not knowing what we’ve got until it’s gone.