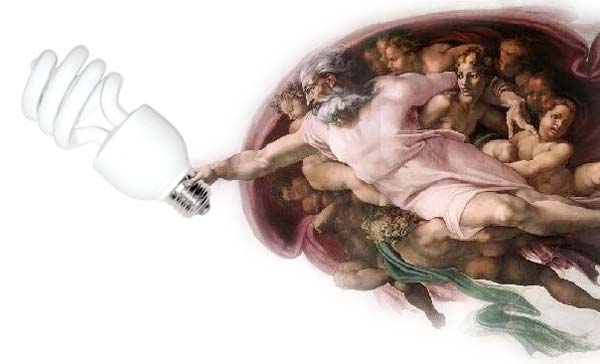 I was sitting in my meditation practice working on quieting my thoughts when it hit me—religion could stop climate change.

Well perhaps it wasn’t such a stroke of enlightenment, as it was keeping my ears open.  In this style of Buddhism led by Nobel Peace Prize nominee Thích Nhất Hạnh, the practice contains the reading of five trainings which guide meaningful living.  In a revised set of these precepts developed by the community of participants, the second of the five calls for personal action to solve a global problem: “I am committed to practicing Right Livelihood so that I can help reduce the suffering of living beings on Earth and reverse the process of global warming.”

So explicit. No messing around. Why can’t our political leaders be so clear in their action? But it’s not just the Buddhists—let’s turn to the far right.

Evangelicals are making a stand on climate. And although there is not consensus within the community south of the border, youth from Christian colleges who met in Seattle three years ago released their own Declaration on climate change.

Back home the Evangelical Fellowship of Canada saw the environment as one of its top issues in the last election and implored people of faith to ask their candidates questions on global environmental protection.

“We were created by God along with all the other things and living creatures, and God created humankind to be stewards of His creation,” read their election kit.

The Canadian Conference of Catholic Bishops at the same time showed the same concern about our responsibility for the planet, and took the insight a step further, stating that the political choice between saving the environment and saving jobs “is a symptom of a profound imbalance between economic activities and the place of the human being in nature.”

In 2007 I attended a conference on world religions organized by the Ahmadiyya Muslim Community that brought representatives from major religions together to ask what religion can do.

The examples within organized religion could clearly go on and on.

So if all of this support for climate action in the religious community, and of course much from science-loving atheists and humanists, why the lack of government action?

The climate movement has thus far failed to build coalitions that work.

Make no mistake, we’re doing a lot better than we used to.  The Climate Action Network Canada now counts labour, youth and feminist organizationss and quasi-religious/social justice groups like KAIROS as members and supporters.  But just “representing” millions on Canadians won’t cut it.

UBC forestry prof George Hoberg blogged that “Efforts thus far to use science-based arguments to motivate adults and the politicians responsible to them have generally not been successful in producing strong climate policies,” and that a wake-up call from youth to their parents may be the groundswell needed to succeed.

The youth movement, in concert with their older counterparts, must be a big, dynamic tent. If results are to happen in Canada through the democratic system, the challenge will be to connect and message the climate crisis (or its necessary strategies and outcomes) as a political issue that will resonate at the ballot box in a way that is has not yet done. We need millions of everyday folks writing in for action.

How do we mobilize the meditators and the church-goers and the workers and the bankers to care?  Maybe start with this: 1) think of the best way to talk about it and connect with coalition partners and 2) go out and talk. 3) Listen to what you hear back, and repeat until it’s done right.