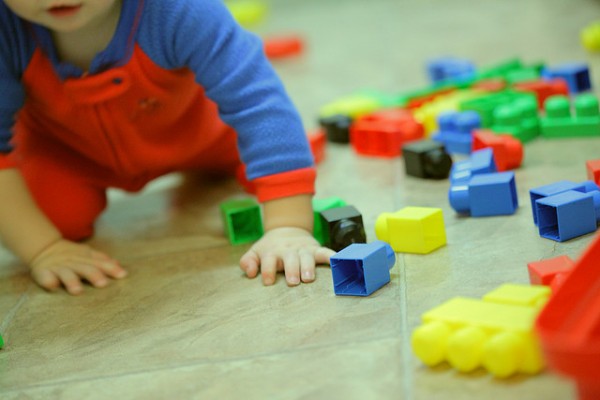 Advocates have long argued that a publicly funded universal daycare system would support low-income families, single parents, and working mothers. Support for variants of universal child care was a hallmark of the Mulroney, Chrétien, and Martin election platforms—but none of them made it happen.

Instead, in 2006, the then new Harper government made the Universal Child Care Benefit (UCCB) its first major social policy initiative, paying families $100 per month for each child under six, money intended to support child-care costs. Arguing that they were giving parents more freedom in making child care decisions, the Conservatives’ UCCB was, and remains, a rejection of the very idea of universal daycare. Five years on, the problems with the new system are clear.

The UCCB is “ill conceived and inequitable,” says Ken Battle, President of the Caledon Institute of Social Policy. He raises several objections: despite the sound-bite friendly “hundred bucks a month” concept, the UCCB is actually “virtually incomprehensible” to the average citizen. That $100 is considered taxable income, so no family actually gets $1,200 a year. Furthermore, it’s actually harmed lower-income, single-parent families, who no longer receive the annual $249 young child supplement (which was quietly abolished to help pay for the UCCB). Given the complexities and perversity of the tax system, higher-income families actually receive the highest net benefit.

Battle also criticizes the social engineering implied in the UCCB, under which not all families are created equal. Two-parent families with two parents working actually pay more in taxes than two-parent families (with the same total income) with one parent staying home. This is because that extra $1,200 in yearly income is taxable in the hands of whichever parent earns less. In practice, this means the government privileges families with a stay at home parent—and because of weak pay equity regulation, that generally means mom stays home.

These are minor gripes, though, compared to the fact that the math just doesn’t work: with daycare costs often well in excess of $7,000 a year, $1,200 is simply not enough. Battle argues that in order for a system of cash payments to meaningfully reduce poverty and help families, the older Canada Child Tax Benefit would need to be boosted to $5,000 per child per year for low- and middle-income families. Food Banks Canada recommends the same figure as part of its larger argument that a well funded child care plan would be one of the most effective ways to fight hunger and child poverty.

It’s unlikely that the Conservatives will reverse direction, and the federal Liberals have now surrendered the issue, recently dropping their long-standing commitment to universal daycare. In October 2009, Liberal leader Michael Ignatieff called universal daycare a “legacy” item for his party: “I am not going to allow the deficit discussion to shut down discussion in this country about social justice,” Ignatieff told the Toronto Star in Februrary 2010. Last October, however, blaming the economic forecast and Conservative spending priorities, Ignatieff announced the Liberals would no longer push for a universal public child care program.

With the feds asleep at the switch, some advocates are hopeful that the provinces will step in. Organizations like the Ontario Coalition for Better Child Care point to Quebec’s high-profile $7-a-day daycare system as an example to follow. In the 10 years after its introduction in 1997, the province’s child-poverty rates declined by 50 percent. The program’s problem is that it’s too popular, with a shortage of available spaces and long waiting lists. Though the Conservatives say the UCCB is all about giving families more choice, it now obstructs universal publicly funded child care—the choice that most would like to be able to make.