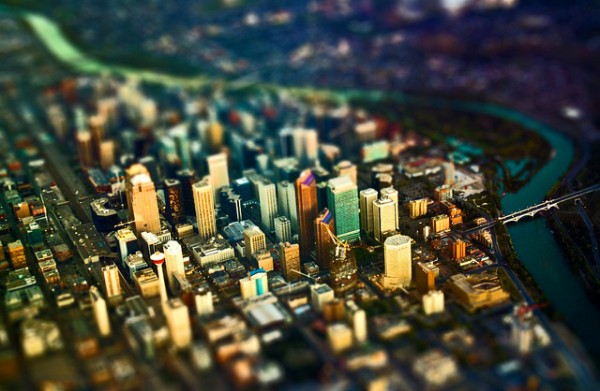 Calgary is not a place to stay. A cultural wasteland with a boom-bust oil economy where hard workers can make their money before moving to a “real” city with “real” arts and culture—but not a place to stay. This is an all-too-common belief about Calgary. But skeptics should take a closer look at the Heart of the New West, because things are changing fast.

Many Calgarians, including newly elected mayor Naheed Nenshi, are committed to making this a livable city and creating a place where people will want to stay, set down roots, and build a life. What outsiders often miss, however, is that the foundation for that livable city has existed for many years, thanks to a vibrant grassroots arts community that hasn’t had much exposure outside the province, but has been churning out great work all the same. With the election of an exciting new mayor, local artists sense that the time has come to demolish Calgary’s “cultural wasteland” image.

“People have this story about Calgary that there’s nothing going on,” says Dr. Terry Rock, president and CEO of the Calgary Arts Development Authority. While the city has historically lagged on factors such as per capita funding and arts space, Rock says the slow and steady approach to building an arts community means that the city does things better—not faster. “There’s a convenience of being last to really get this going,” he says.

CADA has also been involved in the creation of six new arts spaces, including the highly anticipated National Music Centre, a project that received $75 million in government funding and will help revitalize Calgary’s East Village; and Seafood Market Studios, a temporary, and affordable rehearsal and studio space that artists can rent from the city. “At first glance, Calgary seems like a conservative place, where the focus is on the Stampede and the more traditional arts like the ballet and opera,” says Kerry Clarke, artistic director of the Calgary Folk Music Festival. “But scratch the surface and you find a very creative scene, where a breadth of mainstream and cutting-edge, underthe-radar events draw audiences that would make other cities envious.”

Now in its 32nd year, the Calgary Folk Music Festival has grown into one of Canada’s major music festivals. It started as a two-day event on three stages and is now a four-day event on seven stages, with other concerts and programming happening throughout the year.

In a place where public funding for the arts has traditionally been scarce or unpredictable, hardier species of arts organizations have grown and built wider, more sustainable audiences. Though public funding is still lower in Calgary on a per capita basis than many other cities in the country, attendance is comparatively high: in a population of one million, public attendance across arts organizations in 2009 was 2.5 million, meaning lots of people were making it out to events.

“The theatre is full of real people who want to see a play,” says Vanessa Porteous, artistic director of Alberta Theatre Projects, “not to be seen or to get a job.” It’s this approach, says Porteous, which drives the theatre itself. Calgarians have been particularly supportive of Alberta Theatre Projects’ Enbridge playRites Festival, a five-week celebration of Canadian playwriting. Going into its 25th season, playRites will premiere its 100th production in 2011.

With a new regime installed at city hall, arts advocates throughout Calgary repeat the same refrain: more money, more space, more arts-friendly. The most difficult period in an artist’s career is the first 10 years, and CADA’s Terry Rock would like to see money available for individual artists, not just organizations.

Zak Pashak, a Calgary entrepreneur who opened Broken City, a live-music venue, and founded Sled Island, a music festival that features local and international artists, firmly believes that the city has to be affordable and walkable to keep young artists around. If Calgary wants to foster arts and culture, he says, the city needs to be affordable for artists—which not only means a roof overhead and enough to eat, but also a supply of reasonably priced studio space and quality public transportation.

That’s not to say the cowboy ethos is totally gone from Calgary; the arts community remains independent-minded, and while public arts funding has increased, it’s still low compared to similarly sized cities in Canada. The arts in Calgary remain a labour of love by a group of people who can’t imagine doing anything else.

Vanessa Porteous, who came to Calgary 12 years ago, says, “I stayed because I had the best job in Canadian theatre and the next thing I knew, I had a community.”