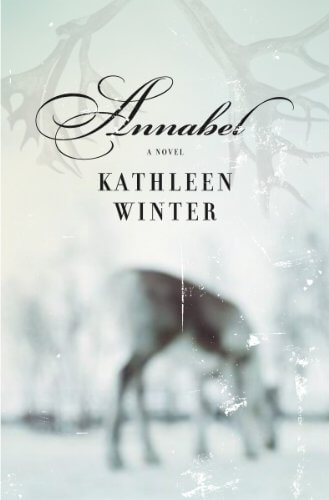 Like so many heroes of fiction, Wayne Blake is born different. Although he is intersex, he is raised as a boy, groomed for a rugged life of trapping and hunting by his gruff father, Treadway.

Set on the icy Labrador coast, Kathleen Winter’s Annabel follows Wayne from birth to young adulthood as he struggles with his desire to dance and fascination with synchronized swimming. Wayne’s problem is not his anatomy, but the social labels that work to isolate the various components of his identity. Even Annabel, his secret female self, christened by a family friend, is a construct of gender divisions. The novel’s characters are sensitively drawn, their inner lives rich and nuanced. While Treadway’s stoicism and Wayne’s passivity may be frustrating, they are achingly real. Winter’s prose is simple, but true to its setting: its lilting cadence recalls an East Coast ballad.

Winter’s haunted Labrador hinterland is the novel’s most vividly rendered creation. “Some know, from birth, that their homeland has a respiratory system, that it pulls energy from rock and mountain and water and gravitational activity beyond earth, and that it breathes energy in return,” Winter writes. In Annabel, she has written a novel that pulses with its own rapturous energy.