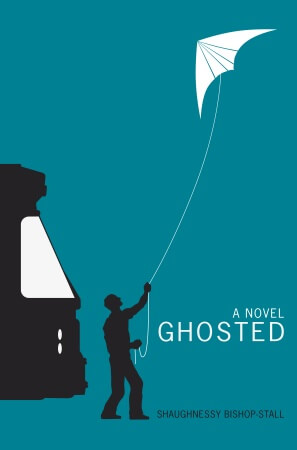 Meet shambolic, directionless Mason Dubisee, an author-manqué who has just turned 30 and can’t seem to finish his big novel. Decimated by his cocaine and gambling addictions, he agrees to ghostwrite a love letter for an odd, lovesick man named Warren. When Warren is found dead, the missive becomes a poignant suicide note—and Mason decides penning last letters for the desperate is his new calling.

In 2005, Shaughnessy Bishop-Stall was nominated for a stack of awards for Down to This: Squalor and Splendour in a Big-City Shantytown, his harrowing, non-fiction account of a year of squatting in Toronto’s Tent City. His fiction debut, Ghosted, lays bare another Toronto: the underworld of speakeasies and treatment centres haunted by addicts.

Even as it plumbs the depths of killing yourself, Ghosted revels in the dark humour that comes of bad boys doing bad things. The comedy doesn’t always hit the mark, but a few devious touches sparkle, such as a greasy Harvey’s that conceals a gambling den where heroin and coke sell more than the burgers. Bishop-Stall excels when the cock-and-bull story transforms into a suspense thriller, and Mason races to save his friends from despair, drugs, and a mysterious stranger who can hurt them even more than they can hurt themselves.