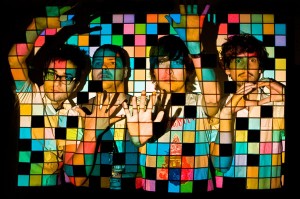 This week’s collection of Tuesday Tracks celebrates some of the finest home grown sounds you’ll find anywhere online. Be it from rising stars, rock n’ roll royalty, or the relatively obscure, each of these songs demonstrates the true potential of pop music and is more evidence of the already stellar year for music 2010 has turned into.

While you’ll need to wait until September 21st to pick up their new album, Meligrove Band has already released the first single, “Halflight.” It’s a fine example of what they do best, combine enormous affecting sounds into catchy digestible fragments.

Next: There is little that needs to be said about Gord Downie. As the frontman for The Tragically Hip, he is a Canadian rock icon. His voice, lyrics and stage banter are all legendary. Certainly, the Hip’s influence has waned over the past decade, but what I find so wonderful and what I truly respect about Downie is that his artistic determination has not.

There is a reason the Hip’s remarkable success at home never quite materialized to the same degree elsewhere. Their songs, probably more than any other band, are uniquely Canadian. They are for and about Canada, and here on the aptly titled “The Hard Canadian”—the first single off his new solo effort The Grand Bounce, recorded with his backing band The Country of Miracles—Downie is still courting that same muse:

Finally, Hooded Fang. Their name is taken from the beloved Mordecai Richler childrens novel Jacob Two-Two meets the Hooded Fang and in a way, their sound perfectly reflects the beautiful, contemplative nature of the book. Hooded Fang (Full and totally awesome disclosure: keyboardist and bassist Nick Hune-Brown is a former arts editor of This Magazine) make music that is at once sweet, sad, joyous, and deceptively simple. Check out “Highway Steam” off their upcoming record: