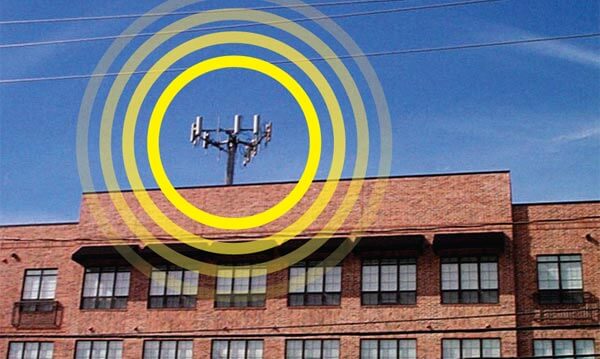 Q: Dear Progressive Detective: I’m worried about radiation from the cellphone tower that was just installed on my building’s roof. What can I do about it?

A: Everyone and their grandma is on a cellphone these days, and because we believe nothing should impede us from updating everybody on everything, cellular service companies are rushing to expand and improve the reliability of their network coverage.

Canada is currently home to around 8,000 cellphone towers, or base stations. The best estimates peg about a third of those on buildings. Health risks from the radio frequency (RF) electromagnetic radiation the equipment emits are contested and consensus seems to sway with each new published scientific study. That hasn’t stopped Health Canada from playing it safe. Right now, radiation limits are 50 times below the rate believed by Health Canada to pose health risks.

Still, we get you might want to play it even safer. Because each province and territory has its own tenancy regulation, what you can do depends on where you live. Mira Gamsa, spokesperson for Ontario’s Landlord and Tenant Board, says, like most jurisdictions, the province’s legislation doesn’t address cellphone towers. If a landlord can’t quell your worries, you can file an application with the board stating the tower is interfering with your “reasonable enjoyment” of the unit.

Come armed with information from Health Canada—which cites studies concluding RF can cause body temperature to rise—and the World Health Organization, which recognizes a condition called “electromagnetic hypersensitivity.” Those affected suffer myriad symptoms, all from exposure to electromagnetic fields. Scary, but it might not help you. Since Gamsa’s never heard of any such complaints, she wouldn’t speculate on what ruling the adjudicator would, or could, make.

You can also try Industry Canada, which regulates the establishment of new sites and requires companies go through a public consultation process with local land-use authorities before getting approval. You’ll get a chance to voice your opinion there, but it may be for naught: Industry Canada doesn’t give municipalities authority to create their own RF-exposure limits. So if you’re sitting in your apartment and your body heat’s rising, it may be time to start rallying your neighbours. Or start looking for a new place to live.