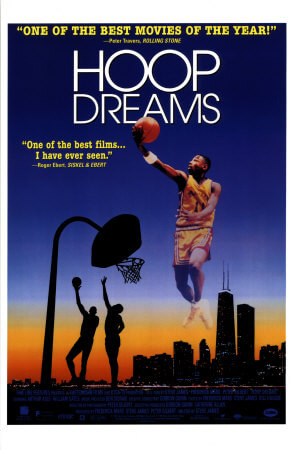 The madness of March is upon us. And in the sporting world that means all college basketball, all the time. The Final Four tournament opened last week, where 64 teams (well, technically, 65—there’s a one-game playoff between the two worst sides to enter the actual tourney) do battle in one of the most exciting two-plus weeks in North American sport, and basketball fanatics on both sides of the border are in a state of debilitating rapture. Hearts are broken. Man-tears are shed. Champions are made. And American colleges reap windfall profits without paying a cent to their players. It’s the stuff that true red-white-and-blue dreams are made of. Oh, also, the teenier, tinier Canuck equivalent, the Canadian Interuniversity Sport’s Final 8, came and went with little fanfare.

No doubt, March Madness is a sporting spectacle to behold (the CIS Final 8, not so much). The tournament is so widely watched that Challenger, Gray & Christmas, Inc. has made it an annual habit to calculate the hit the American economy takes as men and women across the States stop working and start consuming nothing but sport. This year, the consultancy firm predicts a gargantuan US$1.8 billion will be lost in productivity. CBS, the broadcast rights holder for the event, even created a “Boss Button” to accompany its online stream of the Final Four. The gadget, which counted 2.77 million unique users last year, instantly mutes the sound and replaces the tournament feed with a very intricate, very elaborate, spreadsheet in a bid to fool any suspicious supervisors that might be lurking nearby.

But the real loss that accompanies March Madness isn’t economic. It’s actually educational. Sure, it’s fun to think about people sneaking around the office, using the Boss Button to minimize work and maximize play. But it’s not so fun to contemplate the tournament’s darker underbelly, one that is hidden beneath a veneer of charming Cinderella stories and heart-warming anecdotes about teamwork, dedication and overcoming obstacles.

Every year, Dr. Richard Lapchick at the Institute for Diversity and Ethics in Sports releases an eye-opening study on the graduation rates of Final Four teams that coincides with the start of the tournament. The findings are alarming, but perhaps unsurprising. Although NCAA Division 1 universities and colleges are graduating players at an increasing rate, the overall results are abysmal. Only six sides in this year’s tournament graduated their entire squad over the study’s six-year period, and a whopping 12 teams had a graduation rate of less than 40 per cent, including number-one seeded Kentucky (which graduated 31 per cent of its players). If U.S. Education Secretary Arne Duncan had his way, those 12 teams would have been banned from play this year. A former college player himself, Duncan recently told the media: “I grew up with too many players who played on a successful team, who no one cared about their educational well-being. And when their playing careers were done, they struggled.”

What’s even more unsettling, however, is that the situation is markedly worse when it comes to African American players. While 79 per cent of tournament teams graduate 70 per cent of their white players, only 31 per cent graduate 70 per cent of their black players. In Kentucky’s case, each and every one of of the Wildcats Caucasian athletes graduated—but the same can be said for only 18 per cent of their black teammates. And the racial disparity reflected in this year’s study is by no means an anomaly. Earlier in the decade, UCLA, a perennial college basketball powerhouse, failed to graduate a single black player for five straight years and just two years ago an overwhelming majority of top-ranked teams graduated less than 25 percent of their African-American stars.

The NCAA often propagates the myth that college hoops are the last stop on the fast track to riches and glory in professional sports. But, as Lapchick points out, it’s statistically more likely for an African-American ballplayer to become a doctor or a lawyer than it is to make it to the NBA. What’s so problematic is that college ball players legally can’t be paid to play, while the universities they play for rake in billions. The players’ compensation is supposed to be a high-quality post-secondary education—something that, clearly, a shocking number of them aren’t getting.

The CIS Final 8 tournament may be considered a bore (though, I must admit, I follow it with a near-religious fervour—sadly, my Thunderbirds lost to Saskatchewan in Sunday’s championship), but Canadian institutions at least attempt to provide their athletes with a proper education. Of course, there are athletes at our schools that are just along for the ride. There always will be when it comes to college sports. But, in general, scholastic standards are higher and big-name institutions certainly aren’t reaping massive financial rewards off the backs of their students.

A handful of CIS varsity programs have recently made a concerted push for NCAA status, including the University of British Columbia. The profile that would come with a Canadian institution playing in the upper echelon of U.S. college athletics would  undeniably be huge. But for all the hoopla, hype and hysterics that March Madness brings, there remains a particularly nagging question that still needs to be asked: At what cost?