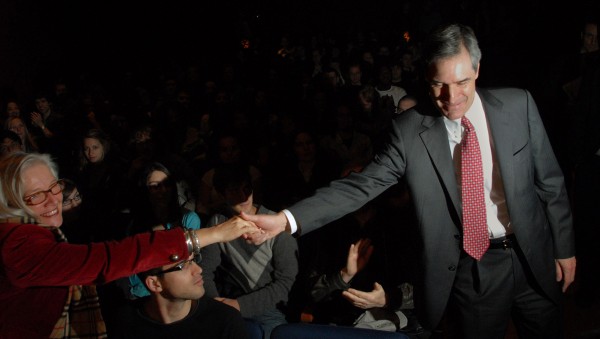 Is it just me, or is this whole post-prorogue budget announcement that the NDP and Bloc aren’t supporting feeling eerily familiar?

Rewind to November 2008. Stephen Harper prorogued the government to avoid a non-confidence motion brought on by the New Democrats and Liberals. This move bought him a little time, and as Dion stepped down as leader and Ignatieff stepped up, it put the new Liberal leader in a rather powerful position. The whole country looked to him to see what move he would make—maintain the coalition, or approve a Conservative budget?

Typically, we expect the party leading the country to hold the most power, but at moments like these it becomes apparent that the opposing parties are well-positioned to get some things done, leader of the country or not.

When the budget, and avoiding a non-confidence motion, hinged last year on Liberal approval, the Conservatives made room in their plan for some modest alterations Ignatieff insisted upon. Top of mind was the recession, and the creation of a strong stimulus package.

This year, why not leverage this power once again, Iggy? Last time around recession was the issue du jour, and certainly stimulating the economy is always a smart move, but that isn’t the only issue that Canadians feel strongly about—some uncertainty around climate change has settled in, but a majority of Canadians still believe that it is a very serious issue.

This year, Ignatieff could leverage his power and suggest changes to the budget that would increase jobs, stimulate the economy, and begin to lay the tracks for a reduction in greenhouse gas emissions in Canada.  My suggestions? Start modestly, but with policies that will lay the foundation for further climate change policies in the future.

All of these strategies require job creation, and will cultivate a new “blue/green” economy. Of course, for this to be an effective political move as well as climate change reduction strategy, it will require that all parties get on board, which is why incremental change will have to be where we start for now.

So go ahead, Ignatieff,  force Harper’s hand into a new green economy. Afterall, this opportunity seems to come but once a year—you should make good use of it.