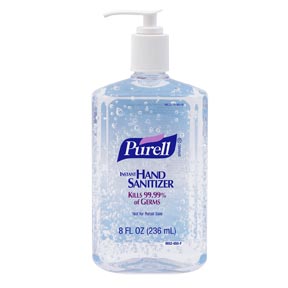 First, mothers were warned to be watchful of their curious children around the potentially poisonous product; and now, store owners and homeless shelters are being urged to keep an eye out for clientele who may be abusing it.

The culprit: common hand sanitizers, which have been saturating not only our hands, but also store shelves and public places in the wake of H1N1 paranoia.

Apparently, this widely available alternative to traditional hand washing has another useful function. According to this article published yesterday in The Gazette by the Winnipeg Free Press, an increasing number of addicts are ingesting the extremely high alcoholic content of the product in order to become intoxicated.

Experts say people add salt to the hand sanitizer, which separates pure alcohol from the product with potentially dangerous results.

At one of Winnipeg’s main shelters, workers have confiscated sanitizer bottles and stopped leaving salt out on tables; people have to ask to use it.

Those courtesy bottles offered at public events, schools and banks suddenly signify a free trip to the liquor store for some. For others, it’s becoming risky business. While no charges have yet to be laid against store owners, selling the inexpensive product as an intoxicating agent carries a heavy fine.

Under the province’s Liquor Control Act, an individual found guilty of selling a non-potable intoxicating substance as a beverage can receive a fine of $2,000 to $20,000 or up to six months in jail.

Furthermore, there has been growing concern among the public about the dangers and effectiveness of the popularized product for its intended purpose. This news report, featuring Dr. William Jarvis from the Centres for Disease Control and Prevention (CDC) attempts to alert the everyday addicts; germophobes who dose their hands in the product as often as a chain-smoker takes a drag. Some scientists and healthcare professionals caution that an overuse of hand sanitizer could lead to an immunity to the product, which weakens the body’s ability to combat bacterial infections making people more susceptible to illnesses.

While many of the purported dangers are still speculation, at least one thing’s for sure. The increasing number of sanitizer skeptics, coupled with these two types of potentially harmful additions to the the product leaves the future of “convenient” cleanliness in doubt.