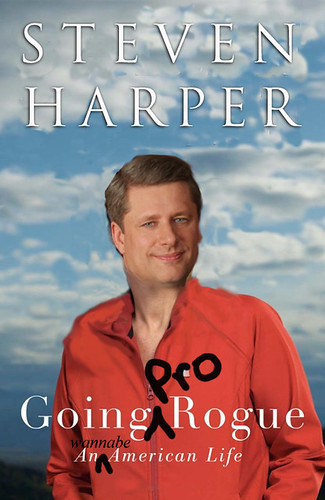 This morning several news sources reported that Prime Minister Stephen Harper planned to prorogue parliament until March 3. This story is a bit of a moving target today, so this is just a quick post to collect some of the thought we’ve seen bubbling around the web today:

CBC Inside Politics blogger Kady O’Malley was initially skeptical that the call would come today, but has been hard at it the rest of the day and made several posts.

Maclean’s columnist Andrew Coyne compared the move to King Charles I dissolving the English parliament in 1640.

As of this moment, it’s not clear whether parliament is actually prorogued. The Governor General hasn’t signed the proclamation making it so, reportedly, and the PMO is mum on the issue, as John Geddes writes about, again for Maclean’s.

Update, 15:48: The National Post columnists have weighed in, saying a) everything’s fine, and b) Parliament must be prorogued so the senate can, like, settle in, or something.

Update, 15:58: Our friends at Rabble are hosting a discussion about the proroguement in their Babble forums.

“They are looking at an issue where it is old news,” he said, adding, “And we’re going to continue focusing on the economy.” Obviously, keeping the issue alive through January and February is now a key challenge facing Liberal Leader Michael Ignatieff.

Please feel free to add more info in the comments.