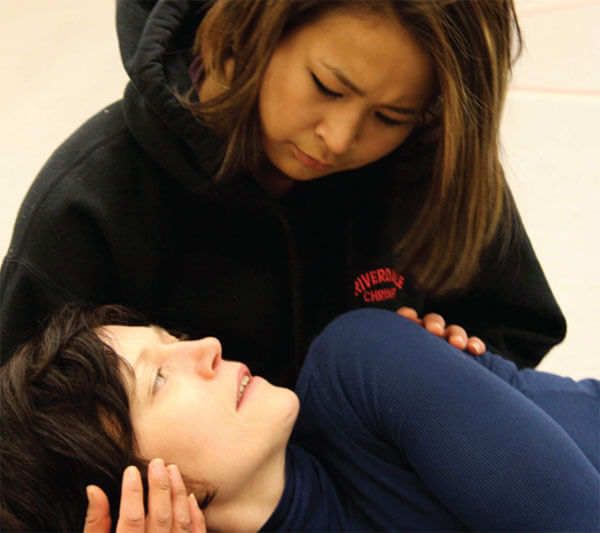 For a playwright from Toronto, creating a play about Canada’s North is a daunting task. How do you talk about a culture that, though Canadian, is as foreign as one from the other side of the world? How do you approach difficult issues like suicide when you’re not just an outsider, but also a member of a majority that has too often ignored aboriginal concerns?

These were the questions Christopher Morris, artistic director of the theatre company Human Cargo, had to navigate when working on Night, a play that explores life in the Arctic and the intersection of north and south.

Morris began working on Night seven years ago when he first visited Pond Inlet, a hamlet of fewer than 1,500 people at the north end of Baffin Island. He spent a month there getting to know the community. He didn’t have a script or even a story in mind, just an idea for a play about the effects the dark Arctic winter has on the people who live within it. “It was a steep learning curve,” recalls Morris.

Morris would visit Pond Inlet six more times. He brought other actors from the South with him to work with local Inuk actors. To discover material for the play, the group used theatre games, improvisations, and just talked about their own experiences. “It was a very wide-open process,” says Morris.

Many of those personal experiences informed the material. During the run of the play’s second workshop, a youth in Pond Inlet committed suicide. Two days later, in Iqaluit, a cousin of Abbie Ootova, one of Night’s Inuk actors, also took his own life. “It was pretty intense,” reflects Morris. “It affected the community. It affected the group.” Suicide became a central issue in the play. By the third workshop, Morris had a potential story with characters. Returning to the South, he felt comfortable enough with the material to put pen to paper.

Still, he does not pretend to fully understand the north, nor its complicated relationship with the south. “I don’t know what the right steps forward are,” says Morris. “We’re all living with the effects of our shared history, so what do we do?”

Night opens at the National Arts Centre in Ottawa on January 4, before touring the north.