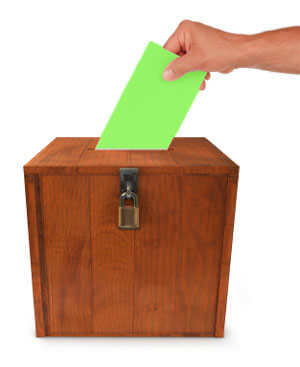 Over 1,000 people attended an indoor rally in Victoria this week with high profile speakers from the environmental community discussing the Canadian Government’s approach at Copenhagen. The international day of action on Copenhagen brought perhaps its best attended Canadian event to Vancouver. Downtown Toronto now has an annual rally organized in time for the international negotiations each December, filling thousands on Yonge Street. University students are now leading the campaign for climate justice with Monday rallies at major campuses in Halifax and Winnipeg.

What do these events have in common? They nearly all take place in urban ridings that are held by the NDP or Liberals, with above-average Green support.

While rallies can certainly be helpful, is the geography of climate activism in Canada enough to mobilize the right electorate, and therefore, the federal government?

A new report that hit the press this week confirmed and added urgency to what we all knew — that “the Copenhagen conference is our last chance to stabilise climate at 2°C above preindustrial levels in a smooth and organised way…If the agreement is too weak or if the commitments are not respected, we will be on a path to 5°C or 6°C.”

Sounds like a call to action if I’ve ever heard one.

But the Minister of Environment’s response in one of just the opposite. He called on patience, to wait for perhaps more than two years just for a plan. And of course there have been plans before. Meanwhile, the Conservative Party maintains a strong lead in the polls and Stephen Harper gains strength in his prime ministerial approval ratings. And as this column has said before, he’s our man in Copenhagen…or since he’s not planning to attend, his people are our people.

While the government’s inaction could be answered with any number of pejoratives, we need to focus our days on what will move him.

To borrow a saying from past Animal Alliance – Environment Voters campaigns, politicians understand politics. And politics is about moving the vote. If we’re going to do that — make climate an election issue for the Tories — there will be a real need to target the party’s voter base, and their seats.

So now the tough one: what strategy should we use if we want to do a better job selling climate as a top issue to Conservative voters?

I don’t have the whole answer, but I think we’d better start a discussion and fast. Last week I wrote on the support we must build with people of faith and spirituality. Evangelicals in particular wouldn’t hurt. But there are many more in the Tory voter coalition: big business, small business, farmers, rural Quebecers, Southern Ontario suburban residents, older folk and the Wild Roses.

To target the voters of this country who turn to Harper for leadership, it’s time to show them that it’s just not there on this issue. We have to talk up the harm that dried-up soil and empty wells could mean to rural Canada. And the benefits that a real climate plan could mean in the way of small job creation, and a livable future for their grandchildren.

And we have to spread that message to those not yet convinced, from the Tim Horton’s in Antigonish to church basements north of Kelowna.