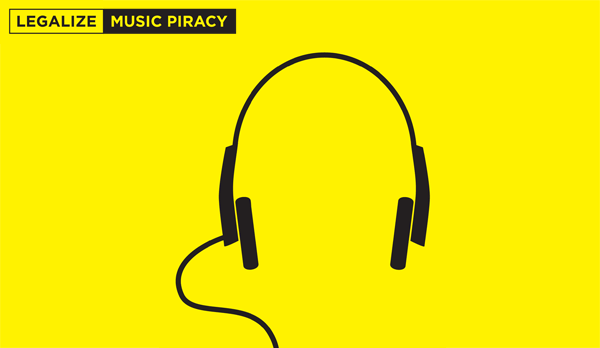 For day two of what we’ve dubbed “Legalization Week” here, Jordan Heath Rawlings writes about a plan from the Songwriters Association of Canada that would throw open the file-sharing doors to every Canadian and find new ways to help musicians make a living from their creativity. It’s just one of many proposals that have been made over the years — including the ones in today’s survey at right — to solve the problem of helping artists make a living in a time when digital music is easy to duplicate at virtually no cost. Cast your vote and let us know what you think!

Legalizing file sharing is the musical equivalent of legalizing prostitution: it’s already happening, crackdowns don’t stop it, and there are existing commercial frameworks that would improve working conditions and curtail exploitation.

The only things standing in the way—in both cases—are the taboo (it’s still illegal, after all) and the middlemen, those who stand to lose millions of dollars if the workers are allowed to own the means of production.

Piracy is happening all the time, so the question is how to transform people’s natural behaviour — wanting free stuff — into a plan that builds, instead of erodes, artists’ careers.