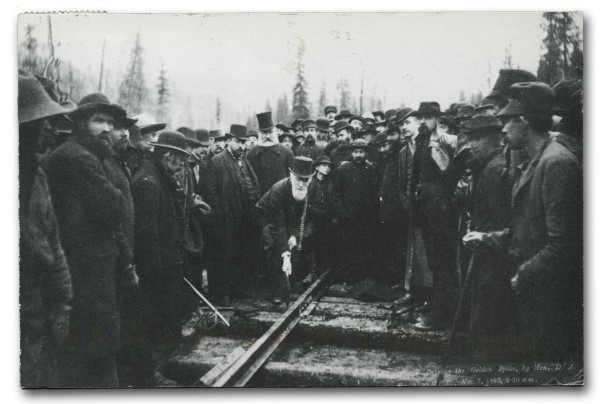 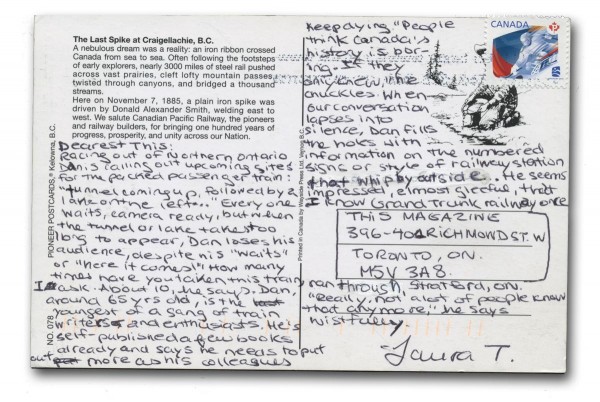 Racing out of Northern Ontario, Dan is calling out upcoming sites for the packed passenger train: “tunnel coming up, followed by a lake on the left…” Everyone waits, camera ready, but when the tunnel or the lake takes too long to appear, Dan loses his audience, despite his “Waits,” or “Here it comes!”

“How many times have you taken this train?” I ask. About 10, he says. Dan, around 65 years old, is the youngest of a gang of train writers and enthusiasts. He’s self-published a few books already and says he needs to put out more as his colleagues keep dying. “People think Canada’s story is boring. If they only knew,” he chuckles.

When our conversation lapses into silence, Dan fills the holes with information on the numbered signs or style of railway station that whip by outside. He seems impressed, almost gleeful, that I know Grand Trunk Railway once ran through Stratford. “Really, not a lot of people know that anymore,” he says wistfully.