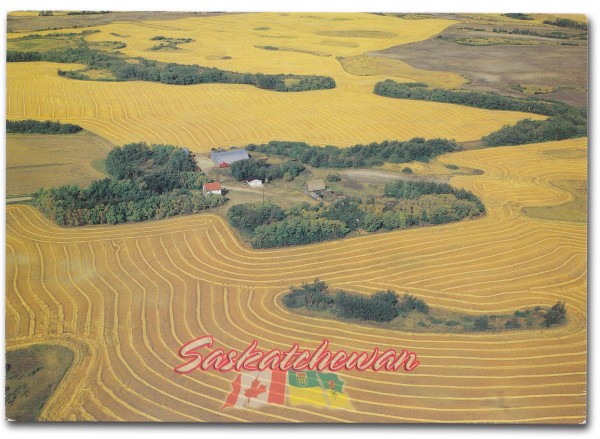 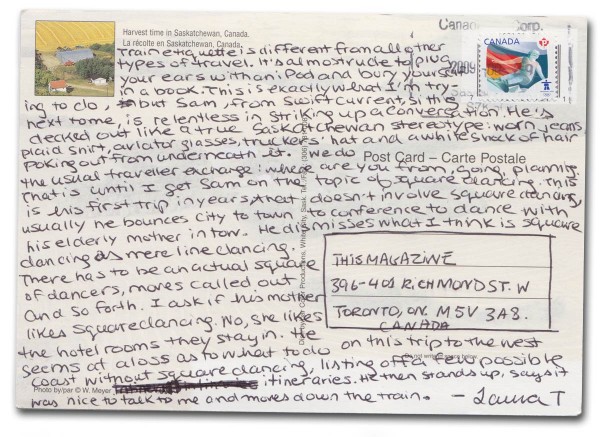 Train etiquette is different from all other types of travel. It’s almost rude to plug your ears with an iPod and bury yourself in a book. This is exactly what I am trying to do, but Sam, from Swift Current, Sask., sitting next to me, is relentless in striking up a conversation. He’s decked out like a true Saskatchewan stereotype: worn jeans, plaid shirt, aviator glasses, truckers’ hat and a white shock of hair poking out from underneath it.

We do the usual traveller exchange: where are you from, going, planning — that is, until I get Sam on the topic of square dancing. This is his first trip in years that doesn’t involve square dancing, usually he bounces city to town, to conference to dance with his elderly mother in tow. He dismisses what I think is square dancing as mere line dancing. There has to be an actual square of dancers, moves called out, and so forth.

I ask if his mother likes square dancing. No, she likes the hotel rooms they stay in. He seems at a loss what to do on this trip to the West coast without square dancing, listing off a few possible itineraries. He then stands up and says it was nice to talk to me and moves down the train.