She changed her mind about nuclear power—and she wants to change yours, too 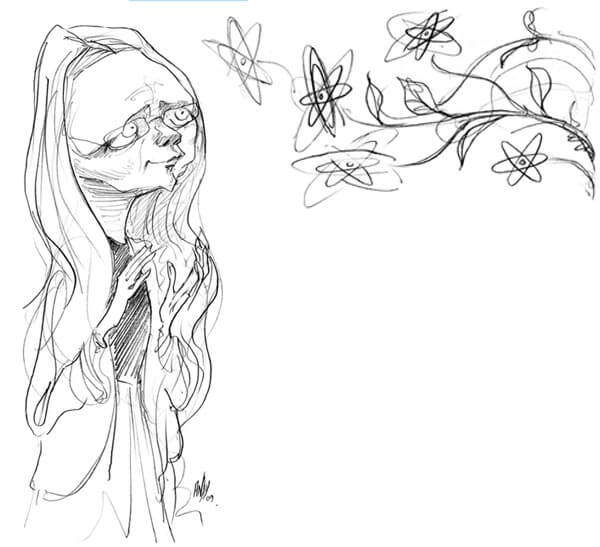 Novelist, journalist, and former anti-nuclear activist Gwyneth Cravens spent 10 years researching and writing Power to Save the World: The Truth About Nuclear Energy. She tells us why she now favours nuclear.

This: How did you become an advocate for nuclear power?

Cravens: Through my good friend Rip Anderson, a scientist at Sandia National Laboratories in New Mexico. He’s one of the world’s experts on nuclear waste and risk assessment as well as being an environmental activist. One day I started asking him about nuclear power, which he supports as a source of energy. He helped me sort out the myths I had assimilated from my ban-the-bomb days. I came to realize he was right.

This: I assume you, like many of us, had equated nuclear power with nuclear destruction.

This: You target coal and natural gas as the sources of energy we should be protesting against. What are your arguments against coal-fired plants? 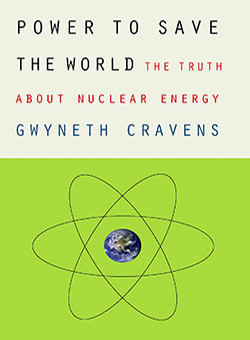 Cravens: In the U.S. alone, some 24,000 people a year die prematurely because of coal pollution. Hundreds of thousands more suffer heart and lung problems. There are no deaths among the American public attributable to commercial nuclear power. Radiation can’t escape through the reactor containment building of a nuclear plant. Those walls are five or six feet thick and made from special concrete.

This: I was startled by a comparison you made between the waste generated by a coal-fired plant and that from a nuclear one.

Cravens: In France they get almost 80 per cent of their electricity from nuclear power and they reprocess it, unlike in the U.S. As a result, over 20 years, a family of four in France would produce an amount of waste tinier in volume than a small cigarette lighter. If you got all your electricity from coal-fired plants your individual lifetime share of solid waste would be about 68 tons. You’d also be responsible for 77 tons of global-heating carbon dioxide. There’s no combustion going on in nuclear plants, so they don’t release greenhouse gases.

This: How are hydroelectric dams a problem?

Cravens: Dam failures certainly kill fewer people worldwide than fossil-fuel pollution—it kills 3 million people a year. Dams are an important source of low-carbon electricity and we need them. But in terms of risk, dam failures are far more of a threat to people and wildlife than nuclear plants. This: Don’t the events at Three Mile Island and Chernobyl suggest nuclear plants aren’t safe?

Cravens: The Three Mile Island meltdown and its by-products were contained. The evacuation was due to a misreading of data and was totally unnecessary. Chernobyl was a stupid, horrible accident that was entirely preventable. The reactor had virtually no containment. If it had, Chernobyl would have been no worse than Three Mile Island. We have no plants of that design in North America.

This: How have your friends and colleagues reacted to your book?

Cravens: Many were skeptical when I started the project. But to a person they have all said that after they read the book they changed their minds about nuclear power.

This: Do you have any doubts that nuclear is a safe source of power?

Cravens: Nothing is totally safe. But this comes close. Studies have shown that cancer is no more prevalent around nuclear plants than anywhere else. In the U.S., 73 percent of emissions-free electricity comes from nuclear. If we want to reduce greenhouse gases, nuclear power is necessary. Fundamentally, to me, my book is about confronting prejudice—my own and that of others—toward nuclear power. To learn I was wrong about it was a very liberating experience.