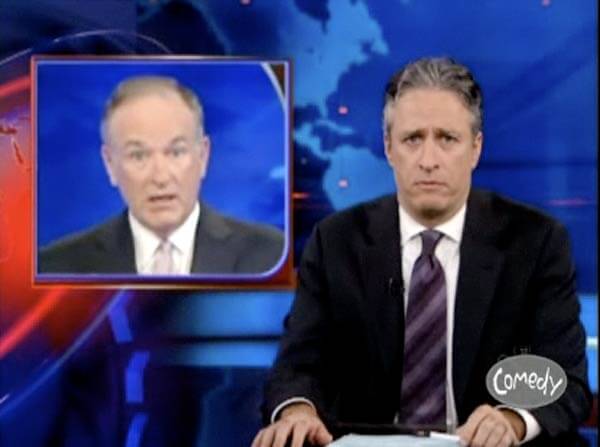 If you missed the Daily Show this week, on Wednesday it offered a kind of condensed, sweetened version of the current political moment in the U.S., a methodical and droll demolition of the out-and-out insanity that has gripped the American right. In the segment—which, by the way, earns every ounce of smugness it exudes—the archives of Fox News are deployed against itself, showing clips that completely contradict one another, just a few years apart. The Daily Show’s thesis? Fox News personalities have become the “liberals” they so loathe.

The American right has essentially invited a vampire over the threshold, and is now being sucked dry: by giving legitimacy to the no-nothing fringe of kooks, racists, militiamen, birthers, and assorted other lunatic rumps that orbit the Republican Party, they diminish themselves. For a party that once declared it was “Morning In America,” the GOP today appears to be receding into a kind of senile twilight. The palpable glee with which people watched Barney Frank deliver a verbal bitchslap to that poor unsuspecting woman at a Dartmouth, Massachusetts health care reform town hall (see the YouTube clip, right), whiffed strongly of schadenfreude. After the long dark tunnel of the Bush years, it was pure catharsis for millions to watch an elected senator stand in front of a public microphone and call her a fool to her face.

Is this good, functional, meaningful, constructive politics? Hell no. But is it kind of fun to watch—from north of the border? You betcha.