Many ‘men’s rights’ arguments are thinly veiled misogyny. But not all. 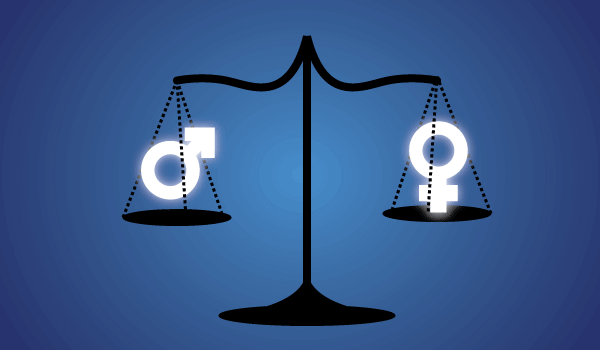 Feminists need to listen to the "men's rights" movement.

It’s hard to listen to someone who compares feminism to “the historical rise of Nazism in Germany,” a phrase once written by prominent men’s rights activist David Shackleton. But while the men’s rights movement does have more than its share of extremists, that doesn’t mean feminists should dismiss the whole cause.

I believe that some moderate activists have made some sensible points and that we feminists ought to engage with our detractors if they’re willing to engage—reasonably—with us. Comparing their arguments with our own ensures that feminism remains relevant to our time and place.

One such argument is the concept of equal parenting: the idea, advocated by many men’s activists, that both parents should be equally involved in their children’s lives postseparation. Some feminist critics find it a dubious concept. Pamela Cross of the Ontario Women’s Justice Network has pointed out that equal parenting doesn’t account for domestic violence issues and is often accompanied by questionable ideology. Still, changes in family structure—and skepticism about the women-as-nurturers assumption—make the issue worth considering. “You’ve got women who I’m sure would love to have the opportunity and the freedom to enter into the workforce on a full-time basis, who are being saddled with full [custody] … It should be a joint responsibility, as well as a joint right,” says Kris Titus, national coordinator of Fathers 4 Justice Canada.

Another popular cry in the men’s rights movement is that domestic violence affects women and men equally. A 2005 Statistics Canada survey did find that 653,000 women and 546,000 men had been subjected to spousal violence over the past five years. Feminists have since questioned the study’s methodology and critiqued its numbers as deceptive (women are more than twice as likely to suffer an injury or be the target of frequent attacks, and far more likely to be murdered). But while flawed, the study does highlight that men can be victims, as well as knock down the stereotype that women are never aggressors. With some 90 per cent of shelters refusing to admit men, it’s clear the issue warrants serious consideration.

Undoubtedly, misogyny (or pure bitterness) motivates much of men’s activism, but beneath the often ludicrous rhetoric are some legitimate issues that we feminists shouldn’t be wary of addressing. The trick is to figure out where fanaticism stops and the real arguments begin.