How global recession, Hurricane Katrina, and social breakdown can strand one lonely woman—and her little dog, too 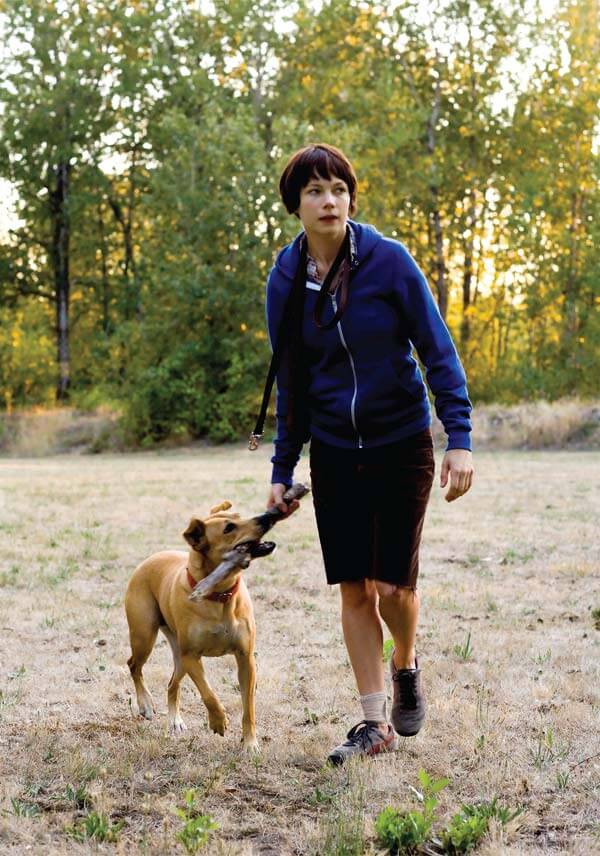 In cinematic terms, the Great Depression is arguably best represented by Mervyn LeRoy’s 1932 classic I Am a Fugitive from a Chain Gang. Wrongfully convicted of robbery, First World War veteran James Allen is sentenced to 10 years on a chain gang. He eventually manages to flee and build a new life, only to be recaptured five years later. Asked how he survives as a fugitive, Allen whispers, “I steal.” While chain gangs have mostly been abolished, recent events have proven that no era is safe from the punishment of economic depression. Years of corporate greed and irresponsibility have led to a stock-market slump and a new crop of fiscal casualties that recall James Allen. But the character’s true 21st century successor is a young woman named Wendy. 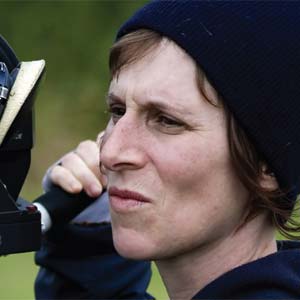 Kelly Reichardt’s film Wendy and Lucy (now available on DVD) stars Michelle Williams as a drifter who is driving cross-country on her way to Alaska to work in a cannery. As bad luck would have it, Wendy’s car breaks down in small-town Oregon and she is forced to hang around waiting for it to get fixed. Meanwhile, her only companion, a dog named Lucy, suddenly goes AWOL. Wendy spends her days calling the local kennel, sleeping in her car, showering in gas-station toilets, and watching her savings dwindle.

Normally a striking blond, Williams was de-glamorized for the role of Wendy. The actress drifts through each scene sporting short brown hair, scrubbed skin, and asexual clothing.

In opposition to Williams’ conspicuousness, Wendy is almost invisible—a decision, Reichardt says, that was inspired by the victims of Hurricane Katrina. Despite the levees breaking and scores of residents dying, New Orleans was incapable of getting the attention of the Bush administration after disaster hit in 2005. Reichardt and frequent collaborator Jon Raymond wrote Wendy and Lucy with New Orleans’ disenfranchised in mind.

“Jon and I were musing on the idea of having no net—how do you get out of your situation totally on your own without help from the government?” Reichardt told Bomb magazine last year. “There’s a certain kind of help that society will give and a certain help it won’t give.” In Wendy’s case, help arrives in one form only—a gregarious Walgreen’s security guard. The silver-haired drugstore warden scolds Wendy for sleeping in her car, but then lends her his phone to call the kennel about her missing dog. Later, he secretly hands his new friend some money before he departs.

“Your crop died, but my crop is enough to feed both of us. That was the American Dream,” Reichardt said recently in an interview with SpoutBlog. The filmmaker considers the lack of help now offered to people like Wendy an example of the American Dream “devolving.”

Like the train-hopping itinerants and nomadic workers of the 30s, Wendy is forced by an economic depression to live off society’s grid. In Wendy and Lucy, the fragility of such a life is underscored by Wendy’s gender and the fact that, besides her dog, she has no social net. According to Reichardt, even Lucy offers her only a “false sense of security.” The retriever is too small to protect Wendy from danger; in fact, the dog does her more harm than good. Without Lucy, Wendy would be free to pursue her own path, instead of spending her pennies on dog food and her time searching for the runaway. When Wendy is faced with the possibility of losing her companion, it is no doubt gut-wrenching, but it is also a relief. Like James Allen before her, Wendy has finally jimmied her way out of her shackles. We can only hope—for our sake as well as hers—that the future is less bleak than her predecessor’s.

Watch the trailer for Wendy and Lucy: