Calgary band is big in Europe, but home is where their hearts are

Woodpigeon may very well be the biggest Canadian band you’ve never heard of — literally and figuratively. The eight-member Calgary collective’s wistful, lyrical alt-folk has been drawing capacity crowds and garnering deafening buzz in the U.K. and Europe over the past year, though homegrown listeners have been slower to discover the group’s charms.

Listen to Knock Knock by Woodpigeon 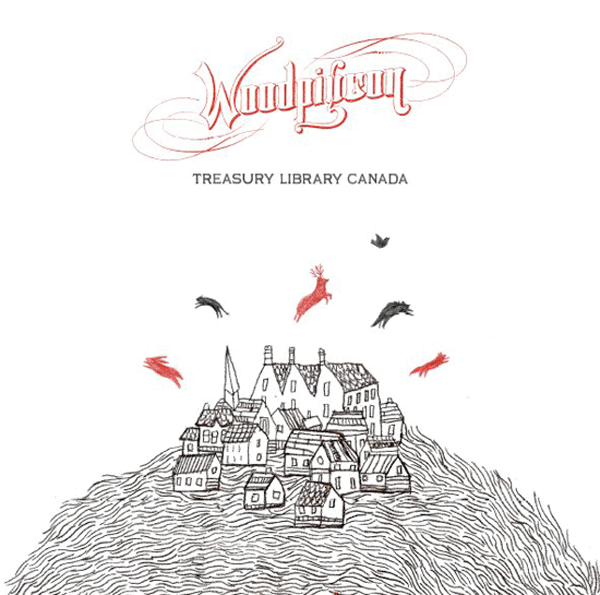 Mark Hamilton, a linchpin of the burgeoning Calgary indie scene, began the band while living in Edinburgh several years ago. Once back at home, he called upon a rotating roster of musical pals to flesh out his delicate melodies with strings and cherubic harmonies.

Since the release of Songbook, the band’s quietly stunning 2006 debut, Woodpigeon has amassed a devoted following, particularly in Europe. Their second full-length, Treasury Library Canada, sold out its entire initial run last fall in mere weeks before being reissued this February at home and in the U.K, where the band has received raves from the august likes of the Guardian.

“We’ve always felt deep down that people would begin to take notice, and we’ve always treated that as something that would grow naturally,” Hamilton says. “We’ve got some beautiful friends in Canada, indeed, but I’ve no problem admitting it’s definitely been a strange experience heading overseas and seeing the reaction we’re receiving over there versus here.”

Woodpigeon hopes to woo North American audiences with an upcoming volley of releases; they’ve finished their next album, Die Stadt Muzikanten, due out this fall, and have already begun work on a subsequent record, Thumbtacks + Glue, scheduled for 2010. The prolific output is in anticipation of a possible hiatus — Hamilton, who’s currently finishing up his Film Studies degree at the University of Calgary, is keen to start work on a master’s degree.

“If Joel Gibb can keep The Hidden Cameras going in Toronto while living in Berlin, and Rivers Cuomo can finish degrees off between Weezer albums, I don’t think it’s going to be much of a struggle,” Hamilton quips. “Even while I’m drowning in my thesis, there’ll be new Woodpigeon music coming out.”