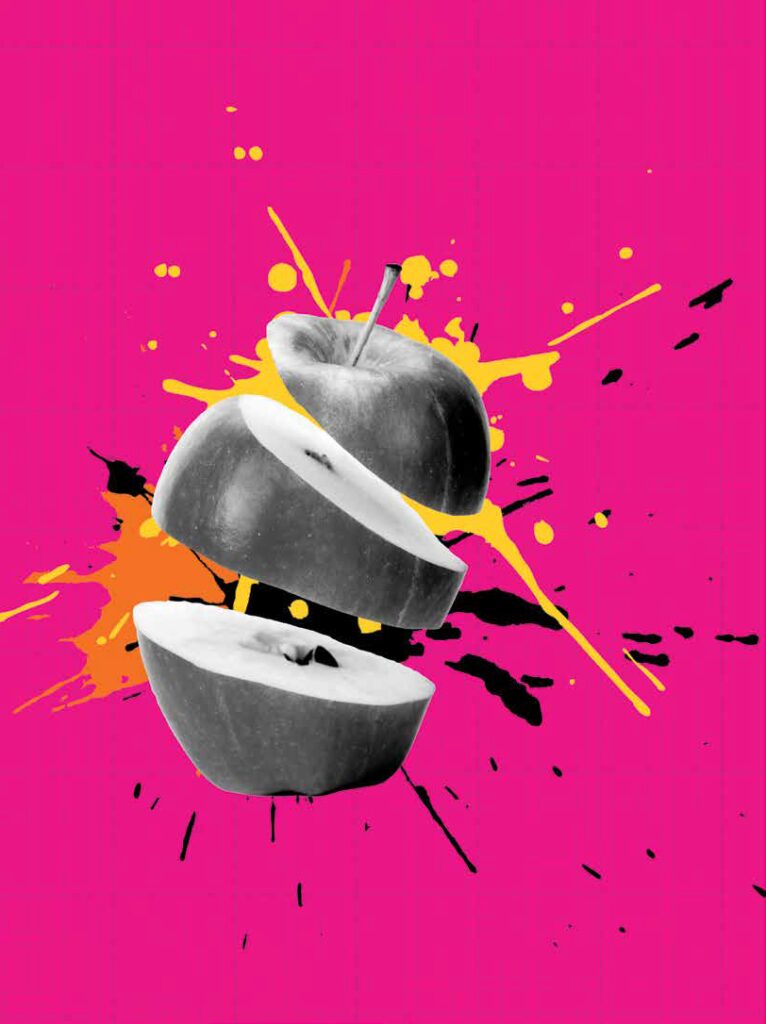 In Lethbridge, Alberta, a college town of just over 100,000, the professors are on strike. They walk the picket line, buffeted by the harsh winter winds the city is known for. University of Lethbridge-hired private security guards are patrolling the perimeter of the university and setting up surveillance cameras, ostensibly to keep everyone safe, perhaps to intimidate.

“The conversation on the picket line was frankly, ‘what the fuck?’” recalls Jason Laurendeau, a sociology professor who was among the strikers. It seemed surreal that relations between faculty and the university had deteriorated to this point, but Lethbridge isn’t an anomaly. Over the past year, Canada has seen a wave of post-secondary faculty strikes amid rising tensions.

In Canada, tenured university faculty have a reputation for rarely striking. But harsh austerity measures and the COVID-19 pandemic have been exacerbating the existing workplace injustices they faced. “We haven’t seen any type of strike activity at this kind of intensity in the past—it’s just never happened,” says Peter McInnis, president of the Canadian Association of University Teachers, an association of faculty unions. McInnis notes that the significance of this wave goes beyond the number of strikes; it is also that they are nationwide.

Before the Supreme Court’s 2015 ruling in Saskatchewan Federation of Labour v. Saskatchewan, which made the right to strike a Charter right, the ability for faculty to strike varied from province to province—and sometimes even university to university. In Alberta, there had been no faculty strikes, legal or otherwise, until faculty at Concordia University of Edmonton went on strike for 11 days in January for better working conditions, pay, and job security.

SLASHED BUDGETS
Since the 1990s, the funding provincial and federal governments have invested into post-secondary education has dwindled. Ontario Progressive Conservative Mike Harris’s government slashed operating grants and deregulated tuition fees as part of his “Common Sense Revolution.” Today, Alberta’s United Conservatives are following in a similar neoliberal mould. With these cuts, post-secondary institutions are under pressure to do more with less. Instead of hiring tenure-track faculty, many are relying on precariously employed contract faculty and graduate students to teach. This scenario comes with a lack of job security, reduced academic freedom, and lower wages.

A study conducted by the Canadian Centre for Policy Alternatives found that in the 2016/2017 year, 53.6 percent of all faculty positions in the country were contract instructors, versus tenure-track positions.
Before the 1990s, contract appointments were comparatively rare, though it’s hard to quantify exactly how big this shift is, due to the lack of data and comprehensive study. Nevertheless, the current moment of precarity and austerity has implications for any sort of labour action.

“The trend that we’re concerned with is that because they are precarious workers, they are hard to mobilize and organize,” says Orvie Dingwall, president of the University of Manitoba Faculty Association (UMFA), which went on strike in late 2021. For example, many contract instructors commute from university to university, teaching classes here and there to eke out a living. As more academic positions shift from well-paid tenure-track to poorly compensated instructors, the landscape of faculty associations changes and the needs of staff are fragmented.

“There’s a clear hierarchy within [the University of Lethbridge Faculty Association] … that can manifest as this sort of deep-seated solidarity … But it also can result in this kind of tension,” says Tanner Layton, a sociology instructor at the University of Lethbridge. He recalls a professor telling him that they were not striking for their own job, but rather his, because he and other contract workers are “exploited and exploitable.”

COVID AND CONTRACTS
In early 2020, the COVID-19 pandemic threw a wrench into collective bargaining. The very nature of higher education changed, as classes went online. Faculty and students had to figure out how to teach and learn in a completely new setting. In many cases, the pandemic exacerbated existing issues. While the specific issues being negotiated varied from university to university, there are clear throughlines in terms of pay, job security, equity measures for marginalized workers, and working conditions.

Going into a strike or lockout during the grievous early stages of the pandemic was not an attractive prospect to the UMFA. Instead, in October 2020, UMFA negotiated a onetime payment from the university for overwork brought on by COVID-19, and renewed the existing contract from the past round of bargaining until March 2021. Dingwall believes reluctance to strike during the early months of the pandemic ultimately created the strike wave, with multiple unions moving into protest mode, when the pandemic seemed less chaotic. “I think us going on strike when we did demonstrated to others that ‘Yes, you can go on strike in a pandemic. If you need to, then you can.’”

BARGAINING INTERFERENCE
In Canada, workers have a constitutional right to free and fair collective bargaining with their employer. This means it is illegal for governments to interfere in the process of collective bargaining in ways that significantly override the relationship between employer and employee.

With universities, what constitutes interference can be complicated. Universities are largely publicly funded, so governments have a stake in their finances and operations. But legally speaking, universities are separate entities from the government, to ensure academic freedom and independence—cornerstone principles of academia. So what happens when provincial governments attempt to interfere in the collective bargaining process to keep wages down? And what happens when university administrations go along with it?

In the case of the University of Manitoba, a $19.3 million settlement happened. After a protracted legal battle, in 2022 the court found the Manitoba government had interfered illegally in the 2016 round of collective bargaining between the university and the UMFA. It had set hard limits on what could be offered and compromised upon, including a one-year wage freeze, rather than letting the university bargain independently. The provincial government is in the process of appealing this judgement. Some faculty members at the University of Lethbridge, like Laurendeau, fear something similar happened there. “We knew that there was this secret directive,” said Laurendeau. “We didn’t know what it was, but when you look at the opening offers of institutions throughout the province, it was pretty clear what it was because there’s an extraordinary degree of consistency.”

The United Conservative Party government elected in 2019 took an austerity approach to higher education. They lifted the tuition freeze instated by the NDP government and cut operating grants, and they intend to impose a performance-based-funding framework. This would tie government funding to certain metrics, such as how quickly a student was employed after graduation, what their salary was, and how many work-integrated learning opportunities were offered.

Critics argue that tying funding to these metrics will force universities to direct more funding towards programs offering immediate returns in the workforce, like business and engineering, and perhaps take away funding from programs in fields such as the humanities or social sciences. Laurendeau believes the provincial government mandated what universities could offer on monetary issues, but that does not explain the university’s reticence to bargain on other issues.

TAKING TO THE PICKET LINES
Strikes are often referred to as the muscle of the labour movement. Like muscles, strikes are more effective the longer you use and develop them. They can mobilize workers in ways that might have been impossible before, and rally workers behind the union flag.

“There was an excitement—not an excitement to go on strike, I want to be clear about that, but an excitement that we were finally doing something,” says Laurendeau. The University of Lethbridge Faculty Association (ULFA) had been without a contract for 629 days by the end of the 40-day strike in March 2021. For ULFA, this was a big moment. It was not just the first strike that ULFA had ever undertaken, but also the second faculty strike in Alberta. In a previous round of bargaining in 2013, ULFA took a one-percent pay cut to help with the university’s budget deficit, which makes this push for better pay, among other things, even
more significant.

The fact these strikes happened in close proximity to one another gave faculty associations some advantages.
Dingwall noted how faculty associations were able to share information, everything from strategic advice to
simple logistical things—like making sure to have a COVID-19 plan and washrooms near the picket lines.

STUDENTS CHOOSING SIDES
The point of a strike is to be disruptive. That’s what makes strikes effective. This disruption of students’ routine was met with conflicting information from the university and the union, leaving some students at the University of Lethbridge in the lurch. For example, the university’s FAQ for students stated that ending the strike was at the sole discretion of ULFA, neglecting to mention that the university had locked out faculty simultaneously. “It almost felt as if we were with divorced parents and we were being forced to pick a side,” says Lauryn Evans, an Addictions Counselling student at the University of Lethbridge.

In some cases, neither union nor university communication made its way effectively to students. Evans found out about the impending strike from the ULethwildin Instagram account, which posts mainly memes and videos of student parties. Angie Nikoleychuk, a fourth-year psychology and computer science student at U of L, is a member of the Student Solidarity and Action Council, which worked to help students sort out conflicting communication through posting on social media. Professors like Jason Laurendeau set up Discord channels of their own for students to ask questions about the strike.

The council worked with another student group, the Student Action Assembly, to stand in solidarity with faculty, organizing a sit-in protest by administration offices. For Nikoleychuk, working to make sure students were informed and walking the picket line with her professors was a balm. To her, walking the line was “a way to see each other [students and faculty] as human.”

Similar student activist groups emerged at other universities, like Students Supporting UMFA at the University of Manitoba and Students Supporting the CUE Faculty Association at Concordia University of Edmonton. Students Supporting UMFA took action by blocking doors to the administration building, in an attempt to pressure the Board of Governors into settling. Strikes can be moments of politicization; they can forge new connections for social movements. “As academics we can be kind of isolated, and as students we can be isolated. And this [strike] was a moment of inspiration, to put it kind of cheesily,” says Layton.

WHAT NOW?
While the strike wave has subsided, many of the issues that precipitated it remain, from COVID-19 to the shift to precarious academic labour. While faculty unions across the country have won victories large and small, much remains to be done for justice in the academic workplace. However, the key problem of structural precarity remains not fully addressed. Student groups like the Student Solidarity and Action Council and Students Supporting UMFA (renamed Student Solidarity Collective) still remain post-strike, only they are refocused to different causes. McInnis points out these strikes are another “warning that governments have a role to play and that you can’t sustain the system with private donors or really high tuition rates.”

If ongoing labour strife is to be avoided, governments and universities must address the underlying injustices. This begins with provincial governments letting universities bargain freely with unions, and investing in well-paid and secure jobs in the academy. Then, unions and universities can exercise their rights to bargain in good faith and get back to the essential work of teaching and research. Until then, the signs indicate that unions will keep returning to the front lines in a long battle for justice in the workplace.