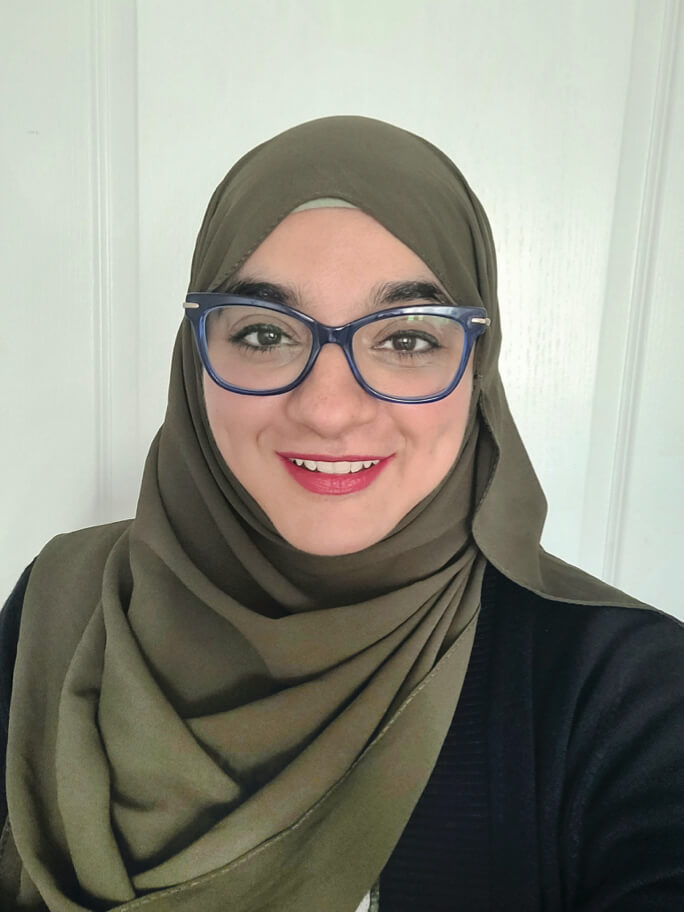 “Where are you from?”

It’s a grating question for many racialized individuals, one that podcaster Mifrah Abid wants to turn on its head.

“I was not born here, so I don’t mind it so much, but I understand the implications of that question,” says the former English lecturer from India. “‘Where are you from?’ as if you don’t belong here.

As the host of Across Her Table—the podcast Abid produces with her husband, Javed Shaikh—Abid has been asking that question since spring 2020.

Launched soon after Ontario’s first pandemic lockdown in April 2020, the interview-based podcast features conversations with women, many of whom have Muslim and immigrant or refugee backgrounds.

It was around this time that Abid earned her TESOL certification, and was trying to land a job. With little to do, her husband, an ardent fan of podcasts, suggested they start one.

Abid thought about what she would want as a listener and realized she didn’t hear stories about immigrant, Muslim women—“at least not this intersectionality, all in one place.”

She has since featured pioneering women and community leaders with this background on the show’s first two seasons. A third season is set for release in fall 2021.

The conversations, at once nuanced and lighthearted, explore the complexities of identity and celebrate the wins of Muslim women.

That these identities are not mutually exclusive is one reason it’s important to tell their stories, Abid explains. “The more stories you hear from one community, the more it normalizes their experience. It’s not foreign anymore,” she says. “What we don’t know, we tend to fear. And what we know, we tend to accept more easily.

“If there are enough stories in pop culture, in writings, in music, in art—if there is enough Muslim representation—people hopefully will be less scared and less fearful [of us too].

“And that, in turn, will probably make Muslims less scared because of how [things] are going nowadays,” she added, alluding to the attack on a Muslim family in London, Ontario, in June 2021.

Now working as an anti-Islamophobia and anti-racism advocate for the Coalition of Muslim Women of KW, Abid says the podcast is an extension of her work.

“Where you’re from is a source of great history, culture, context, tradition—and you bring that to the table,” she says. “You bring that in your cuisine, in your range of experiences and how you can empathize with different people. It’s beautiful.”