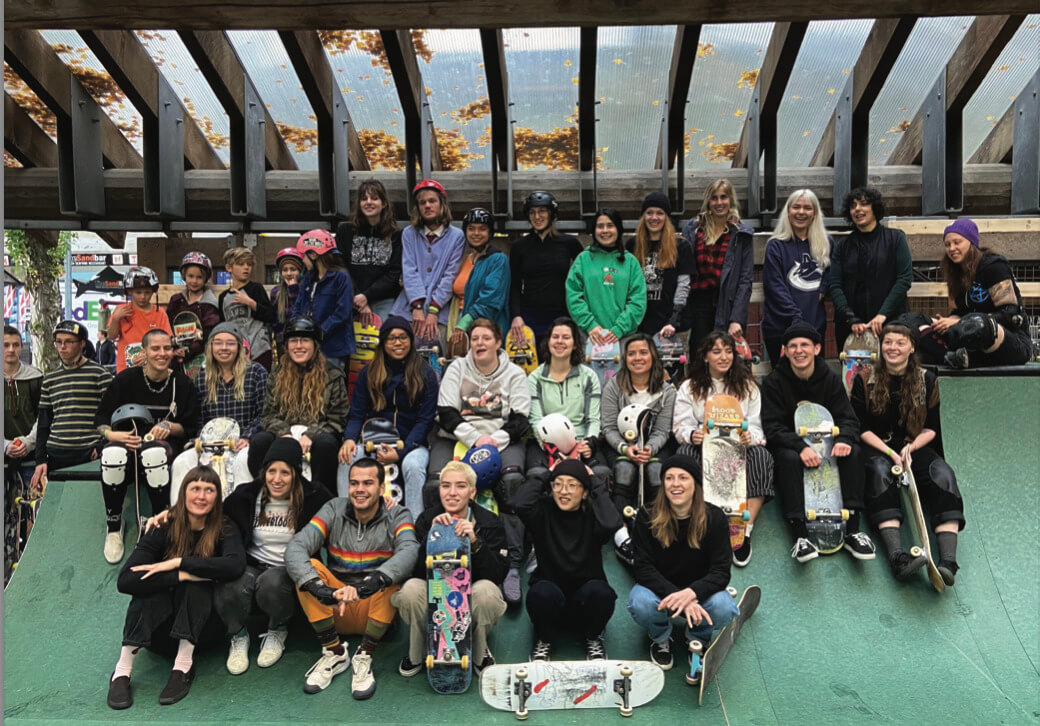 Keen to learn how to skateboard, Vancouver resident Jonah Bayley looked for online groups that could connect them with other queer skaters. Realizing that no such group existed in Vancouver, they started Vancouver Queer Skate (VQS) in 2019, a non-hierarchical, community-led collective that fosters allyship and inclusivity at skateparks.

“Honestly, it was really surprising to me, when I started it, that it wasn’t a thing already,” Bayley said. “I started it because I really [wanted] to join this group, but it [wasn’t] there. I just wanted to be skating with other queer people.”

Bayley says that traditionally the skateboarding scene has been dominated by white, cishet men. It can be an intimidating space for beginners, especially for LGBTQ2S+, women, and BIPOC skaters, but Bayley says they have felt a shift in the skateboarding community. With other community-driven groups in Vancouver like Takeover Skateboarding and Late Bloomers Skate Club, the culture is beginning to focus more on allyship and positivity.

“We could create a safe bubble for each other to skate, learn, and be supportive, instead of having someone who’s really good talk down to you,” Bayley said. “It was all of us holding each other’s hands and trying to bring each other up.”

VQS has become integral for many in the community. It’s given members a way to meet other queer skaters while allowing folks to be themselves at the skatepark. Bayley knows that the growth of this community-driven organization wouldn’t be possible without the support and advocacy of passionate community members in the collective.

“It’s a community-run initiative,” Bayley said. “It’s not just me running it.”

Larger community skate meet-ups, like the All-Aboard event in Granville Island, have become staples for VQS members. Since COVID-19, VQS has had to put its large meet-ups on hold. However, Bayley is optimistic that they can host events again this summer. In the meantime, VQS has opened a Discord server (a free online chat and video platform) to plan safe skate hangs with other members.

“It’s not just about skateboarding, it’s so much about the culture too,” Bayley said. “There’s so much more depth to that culture when it includes not just one type of person.”