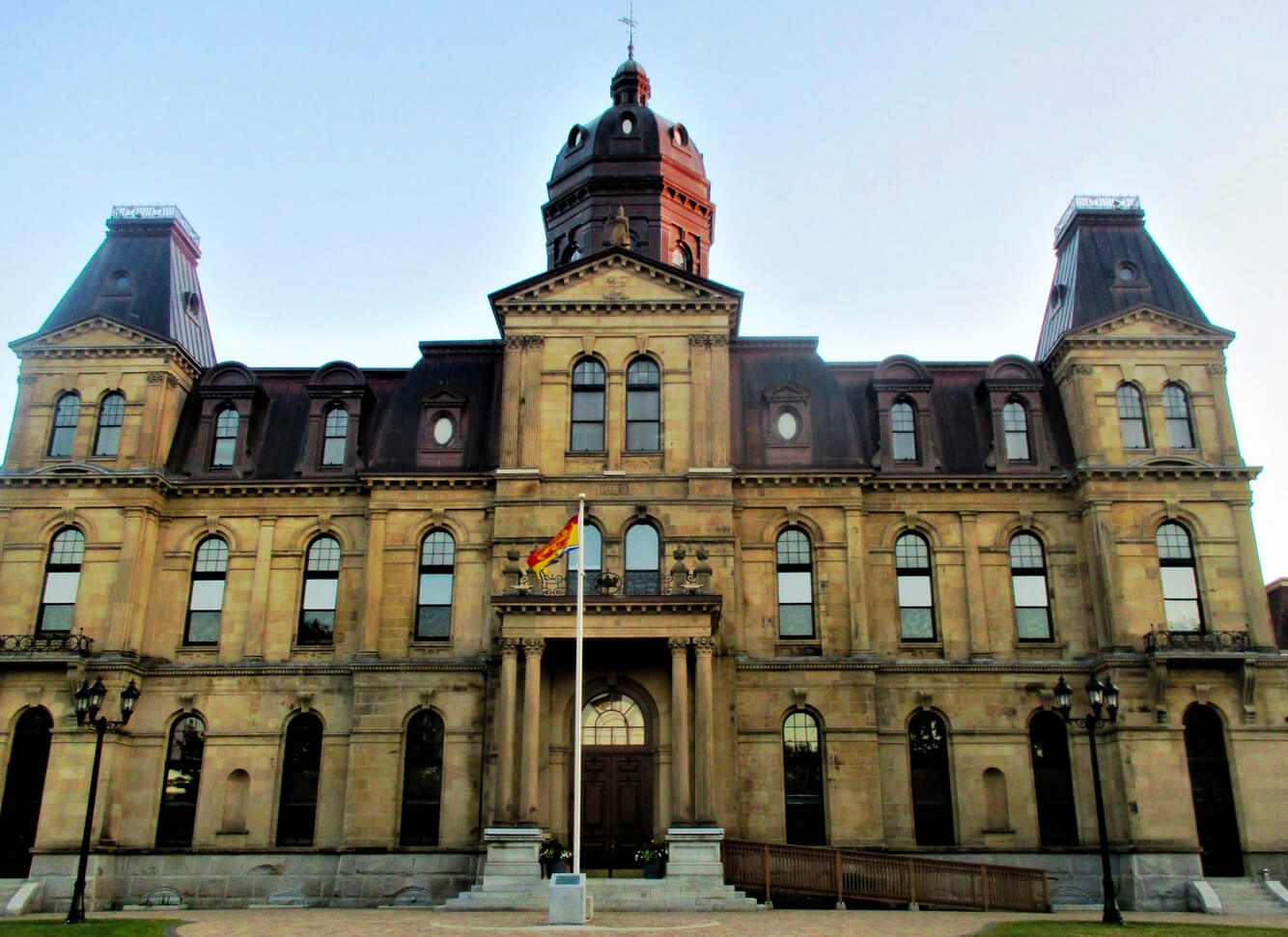 In 2021, New Brunswick remains the only province in Canada that refuses to fund out-of-hospital abortions. Currently, only three hospitals in the province can perform abortions—one in Bathurst and two in Moncton. While the province is finally being taken to court by a civil liberties association for this lack of funding support, which violates the 1984 Canada Health Act, we look back at the over 200
years of restrictions to abortion access in New Brunswick.

Before Canada is even officially declared a country, the government of New Brunswick
enacts the first abortion restriction law in what would later become Canada.

The government amended the British Malicious Shooting or Stabbing Act, making it illegal to willfully administer any substance that would cause the “miscarriage” of any “woman then being quick with child.”(Quickening referred to the perception of fetal movement, something that typically occurs during
the fourth month of gestation.)

The federal government amends the Criminal Code to allow doctors to perform abortions in hospitals, only if the pregnant person’s life or health is threatened by the pregnancy.

The Canada Health Act is instituted, mandating that health care within Canada is to be publicly administered, comprehensive, universal, portable, and accessible. However, because the delivery of health care is under provincial jurisdiction, the federally mandated health policy ran up against provincial conflicts of interest in New Brunswick and beyond.

Dr. Henry Morgentaler, a Canadian doctor renowned for his efforts to perform and legalize abortion across the country, requests to set up an abortion clinic within New Brunswick. The provincial government, in response, amends the Medical Services Payment Act and creates Bill 92, which allows the government to charge physicians who are found performing abortions outside of a hospital approved by the Minister of Health with professional misconduct.

In the case of R v. Morgentaler, the Supreme Court of Canada rules that Canada’s current laws around abortion are unconstitutional. The court states that the law violates Section 7 of the Canadian Charter of Rights and Freedoms by infringing upon a person’s right to “life, liberty and security of person.”

The provincial government amends the Medical Services Payment Act once again with Regulation 84-20, requiring any person seeking a funded abortion to have “two medical practitioners certify in writing that the abortion was medically required.” The abortion can also only be performed by a gynecologist at one of the few hospitals in New Brunswick which are approved to offer the procedure.

Morgentaler opens an illegal abortion clinic in Fredericton, prompting the College of Physicians and Surgeons of New Brunswick to revoke his licence. However, the Court of Queen’s Bench of New Brunswick deems Bill 92 unconstitutional in September of 1994, allowing the Fredericton clinic to remain open
and legal.

The government continues to stall the lawsuit throughout this decade, using various delay tactics, such as arguing that a woman would be better suited to bring the case to court in 2007, until Morgentaler’s death in 2013.

After Morgentaler dies in 2013, the manager of his Fredericton clinic announces that they’ll be dropping Morgentaler’s over-10-year battle with the government due to a lack of funds to keep up with legal fees. The clinic closes in July, after losing too much money to keep up with costs.

Clinic 554, a new abortion clinic, opens in the same space as Morgentaler’s clinic, once again becoming the only private abortion clinic in New Brunswick. The clinic offers other publicly funded health services, such as contraception and emergency IUDs, along with performing abortions not covered by Medicare, the name for New Brunswick’s provincially administered healthcare plan.

After Clinic 554 announces the impending closure of the clinic that September, citing financial unsustainability, protesters gather to fight for the clinic and for provincial funding of abortions. A statement from Dr. Adrian Edgar, the medical director of the clinic, notes that the fact that Medicare does not fund abortions performed in private clinics means that Clinic 554 has to either ask the patient to cover the abortion fees or he, the nurses, and “allied providers” have to cover them instead. Fees usually range between $750 and $800.

In response to the closure of Clinic 554, the Canadian Civil Liberties Association files a lawsuit in January challenging the New Brunswick government’s refusal to fund abortions done in private clinics. The lawsuit asks the court to strike down part of Regulation 84-20, which states that non-hospital abortions cannot be funded by Medicare.