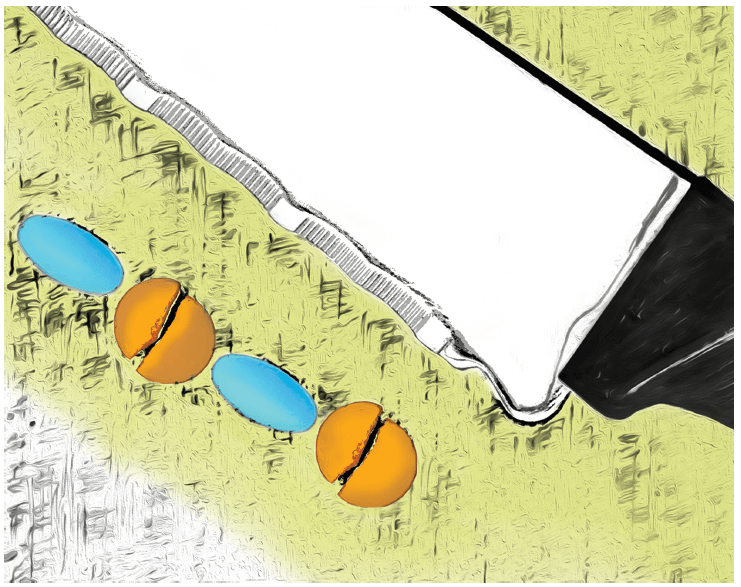 My first restaurant job was also my last. It was a three-month stint that passed by in a blur of cutlery roll ups, tedious small-talk, and barely-there tips.

Like many jobs in the food service sector, my shifts were long and ran late, and my hourly pay was well below minimum wage. Breaks were unheard of, but alcohol was free flowing, which contributed to a volatility that was heavily ingrained amongst the male-dominated management and kitchen staff. It was your run-of-the-mill misogyny: crass comments about the attractiveness of the servers, tales of sexual exploits relayed with bravado, and compliments about my performance, which felt more like unwelcome advances. I quit before realizing how normalized my experience was.

The reputation of the restaurant industry precedes it. In 2000 American chef Anthony Bourdain published Kitchen Confidential: Adventures in the Culinary Underbelly, giving readers a glimpse into the chaotic, charged, and oftentimes unsavoury inner workings of his world. In addition to likening his work to military combat, Bourdain describes the heavy drinking, casual drugs, and even more casual sex that punctuated his career. Following Bourdain’s memoir, the insidious nature of restaurant work entered into the public eye in no uncertain terms.

According to information released by the Substance Abuse and Mental Health Service Administration in 2015, the restaurant industry in the U.S. ranks third highest for heavy alcohol consumption and highest for rates of illicit drug use and substance use disorders, compared to all other industries surveyed. A 2018 study published in the American Journal of Epidemiology indicates that tipped workers are more vulnerable to depression, insomnia, and stress, compared to their untipped and non-service counterparts. Analysis via the National Women’s Law Center reveals that sexual-harassment complaints filed to the Equal Employment Opportunity Commission by accommodation and food services workers outnumber all other industries.

There are a number of factors at play here: the precarity, the fast pace, and the hierarchical nature of service work can contribute to poor work-life balance, sometimes leading to burnout and high turnover. For women employed in the male-dominated industry, the status quo yields cautionary tales in droves.

In 2015, Toronto restaurateur Jen Agg spoke out on social media about the problematic patriarchy in the restaurant business. She was spurred by the story of Toronto pastry chef Kate Burnham, who filed a complaint with the Ontario Human Rights Tribunal following allegations that she experienced daily and unrelenting sexual harassment in the kitchen of the restaurant Weslodge. The allegations inspired Agg to create a conference called Kitchen Bitches: Smashing the Patriarchy One Plate at a Time. In 2016, Agg published a book, I Hear She’s a Real Bitch, and in 2017 a scathing op-ed for the New Yorker, both of which called out the rampant misogyny in the restaurant industry.

Mental health in the restaurant industry has long since reached a crisis point—and though evidence to this end is largely anecdotal, Canada is not exempt. According to Statistics Canada’s Labour Force Survey, Canada’s restaurant industry employs 1.2 million people. Of that, 42 percent are aged 24 and under. Statistics Canada’s most recent Mental Health Survey reveals that young Canadians between the ages of 15 and 24 are the most vulnerable to mental health or addiction issues.

In 2016, Edmonton chefs Cory Rakowski, Dan Letourneau, and Stuart Whyte inaugurated Food for Thoughts, an event meant to promote awareness about mental health in the hospitality sector. Food for Thoughts has since become a free monthly support group for hospitality workers. And it’s in good company. In 2017, restaurant veterans Hassel Aviles and Ariel Coplan co-founded Not 9 to 5: a Canadian organization focused on mental health and addiction in the hospitality, food, and beverage industry.

More recently, the #FairKitchens movement has garnered momentum in America and Canada. Launched in 2018, #FairKitchens provides training kits across North America and encourages restaurant leadership to talk to employees about depression, anxiety, and substance abuse. 2018 also marked the establishment of In The Weeds, a movement that supports positive mental health in Edmonton’s hospitality community, and Order’s Up, which was launched in Ottawa to provide local food and beverage workers an anonymous avenue to report sexual intimidation, harassment, and assault.

The restaurant industry is in the thick of its bad rap. To its credit, it’s more inclusive than most, accepting everyone from people who have been incarcerated to students to fledgling creatives, like I was. Working in the industry may not have been a positive experience for me, but it did afford me the financial freedom to pursue my creative career. I wish the tradeoff hadn’t been my mental well-being.

Mental health in the industry has been something of an elephant in the room, but the more it’s talked about, the more it can be addressed. I hope, as the industry continues to grow, awareness, education, and formalized protocols will give way to a safer space for the millions who work hard and deserve better.