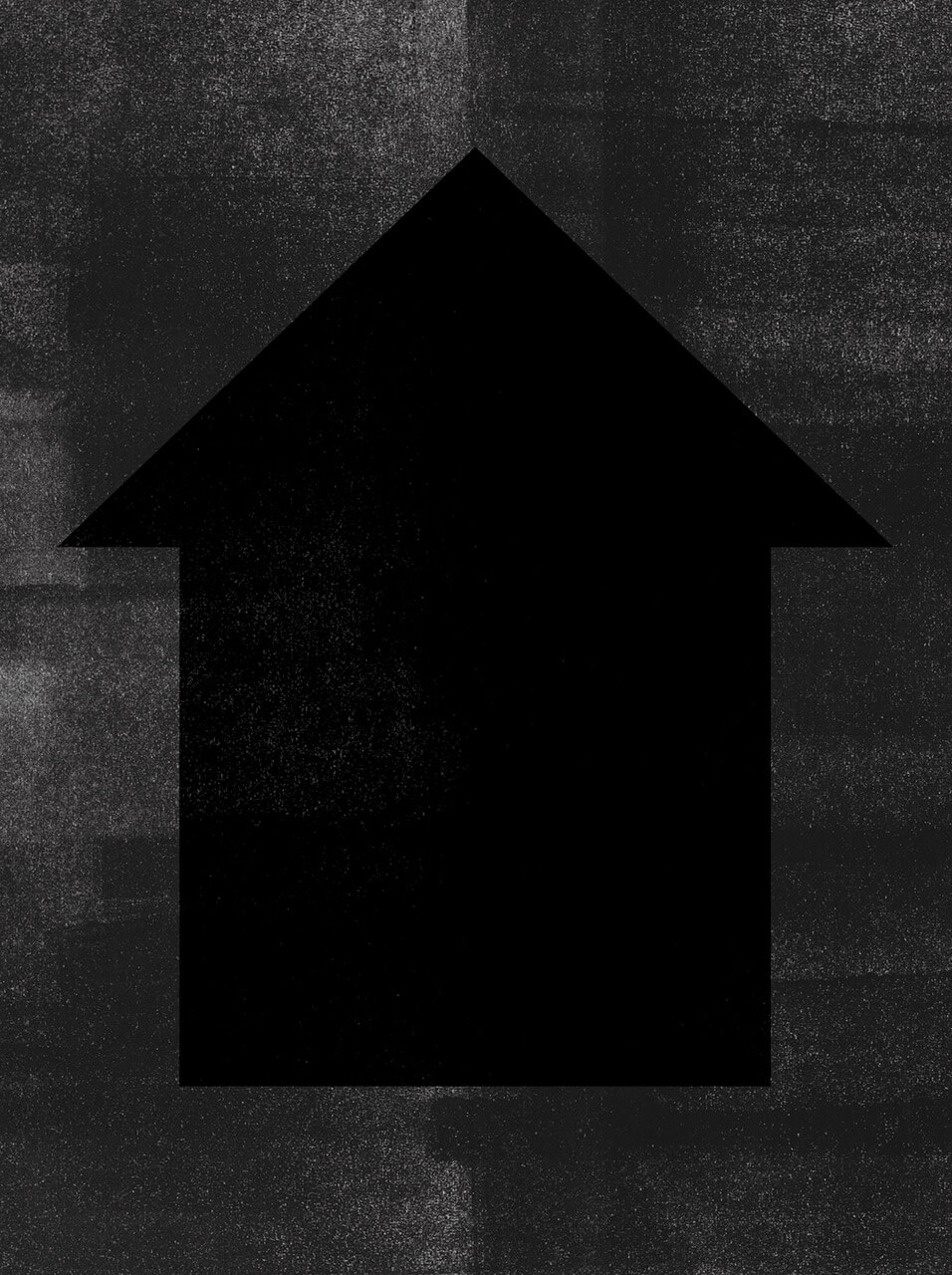 When recent university graduate Michelle Martins returned to her hometown of Kitimat, a town in northern B.C. with a population reported to be about 9,000 people, she didn’t plan to stay for long.

“I came back to Kitimat. I gave myself a year. And I feel like Kitimat is kind of like the Bermuda Triangle of the north … you just get sucked in.” Almost exactly 10 years ago, in March 2011, she saw an ad in the local paper for a child and youth counselling position with non-profit Tamitik Status of Women. By June, she was hired, and she hasn’t looked back since.

A lot has changed over the past decade. Martins is now executive director of Tamitik, a role she took over in August 2020. The organization itself has expanded, too. Over 40 years ago, it began as a group of women sitting around a table, plotting the path to gender equity in their community; now they operate nine intersecting services, including a sexual assault response team, counselling services, a homelessness prevention program, and multiple shelters. Next year they plan to open the first 24-hour daycare in the province.

The pandemic has brought renewed focus to the issue of intimate partner violence as reports that both its frequency and severity had spiked came out in May 2020, increases that have continued into 2021. With that came a commitment of $100 million in emergency federal funding to support domestic violence survivors and their children, much of it to add spaces in transition shelters (meant for stays of up to a month) and second-stage shelters (meant for stays from six months to two years, depending on the shelter).

But according to experts, advocates, and women on the front lines of the problem, more second-stage shelter beds in some ways are only a stop-gap solution to the wider cycle of abuse at play: that of a growing affordability issue that is affecting domestic violence in Canada. Without permanent housing options, temporary solutions are forced to fill the widening gap.

In many ways, B.C. is leading the charge in providing supports for women leaving violent situations. The province actually hosted the first second-stage shelter in the country, when support workers in 1970s Vancouver identified the need for a housing solution that offered a length of stay and emotional and financial support beyond the more traditional short-term women’s shelter. These shelters are life-saving for the women who use them.

“It really is that time and space that gives survivors the chance to get back on their feet,” explains Krys Maki, who published a national study on second-stage shelters in September 2020. “Because of the support that’s given at second-stage [housing] during that time, where they can heal, they can connect, they can build community, they can set themselves up for success.”

Those shelters are in dire need of more funding, per Maki’s research—not just to stay afloat, but to provide crucial counselling and housing support programming, while they often have to fundraise simply to pay employee salaries.

Though Tamitik continues to be on a trajectory of consistent growth, it can often feel like they are constantly playing catch-up, never truly getting ahead of the problem of violence against women (VAW), Martins explains. During the first few months of 2020 they were only able to move two women out of second-stage housing, but every one of their half-dozen tenants is ready to move to long-term housing.

“I don’t think it’s a lack of life skills that is keeping them in second stage right now,” Martins says. “But rather, it is the lack of affordable housing in the private market.”

Of course, this isn’t a local problem: across the country, transition and second-stage shelters are not intended as lengthy stopovers, and yet women leaving violence are living for years in conditions meant for temporary use, simply because they have no other place to go. According to Statistics Canada data from 2019, 77 percent of violence against women shelters in Canada reported that the top challenge facing residents was “a lack of affordable and appropriate long-term housing options upon departure.”

Kitimat is emblematic of the crisis playing out in communities across B.C. The site of massive infrastructure projects (most recently the $17-billion LNG Canada plant), each production boom has brought more prosperity in some respects, but not everyone benefits in the same ways. It has raised the cost of living in the area and, reportedly, the rate of violence. The influx of mostly male LNG workers—at the peak of the project, almost 7,000 of them—has raised concerns from community members about harassment from strangers. What we know for sure is that when a woman wants to leave her abusive partner, she can no longer afford to, a goal that might have once been within her reach.

In a community with a five-digit population, 100 women and four children were turned away in 2020 alone, according to data from Tamitik’s transition house, Dunmore Place.

The vast inequality at play is creating a large fissure, and women are falling into it. Those who are disabled, racialized, low-income or otherwise marginalized are not only more likely to need to access the second-stage shelter system, but more likely to face homelessness to boot.

The massive discrepancies in Kitimat—and resulting power differentials—caused by social and economic inequality are felt most acutely by the Haisla Nation, the First Nations band whose traditional territory includes the area in and around Kitimat.

Martins says that typically Tamitik’s clients are 70 to 80 percent Indigenous women. This is a stat mirrored nationally: according to an extensive literary review by researcher and homelessness expert Kaitlin Schwan, aptly titled “The State of Women’s Housing Need and Homelessness in Canada,” Indigenous women are overrepresented in domestic violence shelters by five times their representation in the Canadian population.

These issues likely feel all too familiar to residents of famously expensive Vancouver, just over a 1,400 kilometre drive south from Kitimat. Tanyss Knowles, project manager with the BC Society of Transition Houses, is one of those residents, and has been pushing the province to take the issue seriously for a while. These days she is focused on the Getting Home Project, a three-year, community-based partnership with BC Housing that focuses on reducing barriers to safe, secure, and affordable housing for women experiencing violence.

“The provincial government that we’ve been working with has been very responsive to our organizations, to what we have had to say about this issue. And BC Housing in particular has, I think, taken a real leadership role in terms of across Canada, what’s happening around these issues,” she says.

The past few years have accelerated action on the issue: the province now has a Priority Placement Program to help women leaving violent situations find housing quickly with BC Housing’s directly-managed units. In 2018, B.C. also announced the Women’s Transition Housing Fund, which is going to build 1,500 spaces over 10 years for women leaving violence at a cost of $734 million. But it has taken work from grassroots activists and organizers such as Knowles to keep things moving.

Angela Marie MacDougall, who has been executive director of Battered Women’s Support Services (BWSS) for almost 20 years, is another one of those people. We can’t let the positivity of new investment overshadow the work that needs to be done, she says, especially in “recognizing that real estate is a way to generate wealth, and private and corporate ownership of land and real estate is at the heart of why we continue to struggle to see investment in local housing, in large part because there’s no money in it.”

The cost of not taking domestic violence and the resulting housing issues seriously is stark. “One of the leading causes of women’s homelessness is domestic violence or intimate partner violence. So, that is a clean, clear indicator of how housing-precarious folks living with their abusers are,” explains Maki.

The topic of women’s homelessness is under-researched and misunderstood. Schwan’s literary review found that “homelessness is uniquely dangerous for women and gender diverse peoples. When we fail to prevent or end housing need or homelessness for women, we ensure repeated cycles of violence and housing precarity.” As co-chair of the Women’s National Housing and Homelessness Network, Schwan has years of insight into the issue.

As outlined in Schwan’s report, women are systematically undercounted when researchers use “snapshot” methods, which typically measure street-based homelessness and homeless shelter usage, both of which tend to be male-dominated. Instead, women will choose options they view as safer than a shelter system that may retraumatize them, like sleeping on friends’ couches.

Even if affordable housing was readily available, not everyone has the same experience trying to secure it. Landlords discriminate against women on financial assistance, single mothers, racialized women, and disabled women.

The particular difficulties Indigenous women have trying to secure housing are well-documented. Martins explains that, recently, a homelessness prevention worker at Tamitik tried to help an Indigenous woman with a monthly income of $4,000 secure an apartment. The pair viewed 12 different options with no success. But soon after, the employee was able to get a white woman with a $2,000 monthly income into one of the same apartments the Indigenous woman was turned away from.

Schwan’s research confirms that this wasn’t an isolated incident. “Indigenous women, girls, and gender diverse peoples experience the most egregious housing conditions throughout Canada and remain the most underserved in both the VAW and homelessness sectors,” creating the condition of “inter-generational homelessness.”

At the national level, Maki sees a lot of potential in two developing plans to help address these issues, if done properly. One is the National Action Plan on Gender-Based Violence; the other is the National Housing Strategy, a 10-year, $70+ billion plan announced in November 2017.

They recommend the government appoint a gender-based violence liaison within the National Housing Strategy to coordinate with shelters from coast to coast. “We’re breaking down those divides between these sectors, and we’re bringing everyone together, so that everyone’s on the same page and knows what’s happening. We can all work better together that way.”

There’s a lot of promise in how years of work and millions of dollars in funding could change the experience of women leaving violent situations. But for many on the front lines of this crisis today, they need real solutions, in real time.

“Even though these buildings are being funded, and they’re currently under construction, and there are lots of housing affordability projects going on, we also need to have solutions for women right now. Because it takes time to develop bricks and mortar,” Knowles says.

Martins knows that all too well. Tamitik’s upcoming housing development, which is being funded through BC Housing’s Building BC: Women’s Transition Housing Fund to the tune of over $10 million, will boast 18 transition housing beds, 10 second-stage housing units and 20 units of affordable housing, and act as a hub for Tamitik’s programming. The project has been in progress since 2016, but Martins’ predecessor, Linda Slanina, actually had the dream of a mixed-use housing project 25 years ago.

Knowles feels positive about the progress made in the province, and praises B.C. for continuing to work to make the issue a priority. But she urges other areas of Canada to think about this issue sooner rather than later.

“It’s unfortunate that we live in a province with such a housing crisis that makes it hard to feel like we’re getting ahead of it.… I would say to provinces that don’t have as long a history of housing unaffordability: you have an opportunity to get ahead of the curve.”