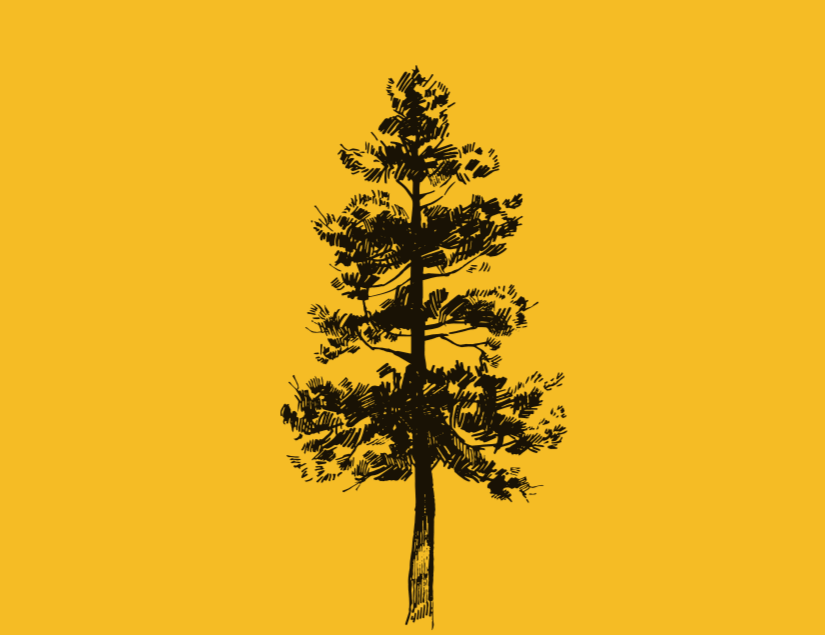 In the spring of 2019, Newfoundlanders Adam Denny and Jonathon Brown came together after learning they both had a similar vision in mind: a provincial Green party.
Their province, which was hit hard by the cod fishery collapse in 1992, has increasingly been focused on developing an offshore oil industry. Even though that too has faced troubles, it still brings in big bucks—about 25 percent of the province’s GDP.

In Denny’s view, the provincial Conservatives, Liberals, and even the NDP consider the expansion of the oil and gas industry non-negotiable—an important economic engine, despite the province’s commitment to lowering carbon emissions. When Denny couldn’t accept the expansion as necessary or appropriate, he and Brown began corralling others via Facebook and taking modest steps with the goal of running Green candidates in the next provincial election, likely to take place in 2023. “There’s not a single party out there that’s truly taking climate change as the crisis that it is,” Denny says.

At the time Denny and Brown started taking steps towards formally founding a party, Newfoundland and Labrador was the only province in the country that did not have a provincial Green party. On top of that, only 1.1 percent of voters—the lowest rate in the nation—selected the Greens in the last federal election. But the recent election in Prince Edward Island, which bolted the Greens from relative obscurity to the official opposition, was inspiring to Denny. “That was a light bulb moment,” he says. “Not just in Newfoundland, but I suspect across the country.”

With climate crisis a top voting issue, the Greens have found new footing. A recent government study found that Canada’s climate is warming twice as fast as the global average. And as of June 2019, the Climate Action Tracker found that Canada’s efforts to fulfil the goals of the Paris Agreement—limiting global average temperature increase to 1.5 degrees Celsius—were “insufficient.”

Over the last two calendar years, in addition to their historic showing in P.E.I., provincial Green parties have gained seats in British Columbia, New Brunswick, and Ontario. Federally, a second Green MP, Paul Manly of Nanaimo–Ladysmith, was elected in a May 2019 by-election and joined Elizabeth May in Ottawa.

For the first time since their 1983 founding, federal Greens have the opportunity to make their biggest move yet nationally, drawing from their experiences on smaller stages. Jo-Ann Roberts, deputy leader of the federal Greens, says the biggest change she’s noticed is a shift in voter attitudes.
“I can tell you as a candidate in Atlantic Canada who’s going door to door, the biggest impact the win on P.E.I. is having on the doorstep is Greens are seen as first of all winnable,” she says.

The collaboration seen between P.E.I. Greens and other parties helps too, she says. For instance, in July, P.E.I.’s MLAs, including Conservatives and Liberals, voted in favour of stronger provincial emissions targets. “Those are things that people see as real action,” Roberts says, adding that it’s translating to voters asking if the Greens could achieve something similar at the federal level.

But as the party looms larger, so does criticism of their policy points; their non-environmental platform, for example, doesn’t always stack up. During the lead-up to the 2015 election, the Greens were criticized for not budgeting enough for early childhood education or at all for a Guaranteed Livable Income plan. The party also courted controversy this summer after contracting the political strategist Warren Kinsella to build a party war room to defend against political attacks. Both the symbolism and the choice of Kinsella were widely considered at odds with Green values.

Moreover, some of the party’s environmental policy planks—like ensuring all new cars are electric and retrofitting “every building in Canada” to be carbon neutral by 2030—could be considered naive. The International Energy Agency estimates around a 30 percent adoption rate for electric vehicles in Canada by 2030 in one of their scenarios; even an ambitious proposal from the Canada Green Building Council only identifies retrofitting a strategic percentage
of buildings.

The Greens have also been experiencing internal growing pains that have come as a result of their expansion. Don Desserud, a University of Prince Edward Island political science professor, pinpoints criticism in P.E.I. about how the candidate nomination process ran prior to the last provincial election as an example of this. Some Greens, he says, were concerned with “selling out” by moving towards the centre from the party’s previous, more strident leadership—for instance, when it came to critiquing agricultural polluters. Though Desserud also says that some of the “moderating” in P.E.I. was of tone more than anything else—they changed gears from criticizing farmers for pesticide use, focusing instead on encouraging individual responsibility rather than strictly increasing governmental regulations. Desserud describes the change as “a compromise in methods but not in principle.”

“That sort of fringe—if it’s a fringe—of the Green Party that’s there probably saw quite rightly that their party was not [as ‘pure’ a party as] they thought, but this is the nature of our electoral system for good or for bad.”

In a proportional representation system, Desserud says, there wouldn’t be a need to moderate to increase electability. The Greens, he says, are not the only party that needs to confront this issue—it’s a regular and cyclical conundrum for the NDP that plays out every few elections. “Every time [the NDP] got a bit of success nationally, they’d move their party a little more to the right and then they’d get hammered the next election because they looked too much like the Liberals,” he says. “And so then they’d rush back to the left and talk about restoring themselves to their first principles and start the process over again.”

Over email, Alex Tyrrell, leader of Quebec’s Green Party, says that in his view Green voters aren’t looking for the party to become more moderate. “With this newfound success the Canadian Green movement is at a crossroads; should we stick to our principles and continue our work to transform Canadian society or should we advocate for some practical first steps in an effort to attract centrist voters?” he writes. “In my opinion, if people are voting Green they are doing so because they want to see a radical change; not just to change the name of the governing party.”

As the party courts new potential Green voters, though, they’ll need to address the harsh reality that new voters don’t necessarily have the same desires as the party faithful. A June 2019 Abacus Data report found that while 35 percent of Green voters want to see a Green government, only 10 percent of those who would consider voting for the Greens but currently don’t—“Green accessible” voters—want the same. “It is very hard for a party that has two MPs and won 3.5 percent of the vote in the last election to imagine that they can form government,” says Abacus CEO David Coletto.

Even though Newfoundland and Labrador’s Greens are the last to start, Denny says he is hopeful they will benefit from building upon the knowledge and experience of other Green parties.
They have a base of support that has been developing for several years, he says; his and Brown’s work to mobilize potential party members means this largely silent, disparate support will finally have an outlet.

Despite climate concerns and recent wins offering tailwinds to the Greens, though, their future isn’t certain. While voters want to see changes in climate policy, they may not want to see the Greens—with their broad-strokes, big-picture ideas—form government.

But even if the Greens don’t form government, a larger slate of their MPs could make a positive difference; they have so far in P.E.I. even without a plurality of seats. There’s a place for environment-focused thinking in parliament, and the Greens may just be what the country needs right now.