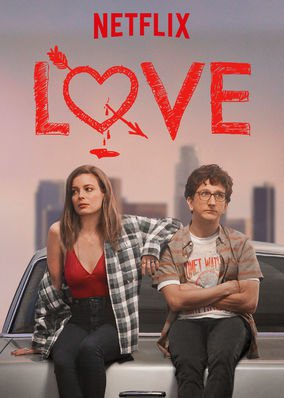 I blame John Hughes for my great sleepover shutout of 1984. It was a Betamax copy of his teen romantic comedy Sixteen Candles that was my downfall. While my friends clapped their hands and cheered at the final scene that brings together Samantha Baker and Jake Ryan, I was silent.

I just couldn’t buy it. The two barely talked at all, how did this happen? My friends looked at me in disbelief, like I had just told them one of the members of their beloved Wham was gay. My 13-year-old-self lacked the rom-com gene and my slumber party invites suffered as a result.

Fast-forward 35 years, and I am not alone in my cynicism over the rom-com genre. The films are no longer as popular as they were in the 1990s and early 2000s, and romantic comedies now make less money at the box office than Meg Ryan’s bookstore in You’ve Got Mail. With the exception of 2018’s Crazy Rich Asians (a rom-com anomaly in other ways too, most notably in its non-white romantic representation), the 10 top-grossing romantic comedies of all time were all released at least a decade ago. Today’s moviegoers are more interested in superheroes than super-sized romance and would rather see Sandra Bullock blindfolded than romancing Ben Affleck.

While the film does a great job of mocking rom-coms, making fun of the genre’s tired tropes is not hard (see also: They Came Together). What’s harder is straying from the outdated formula and making unconventional films about love. Anti-romantic comedies like Obvious Child, The Big Sick and Trainwreck all nail it, with unlikable and complicated characters; heavy subject matter like abortions and induced comas; and storylines that leave audiences guessing as to whether there will be a happy ever after.

And it’s not just the big screen that is breaking up with happy endings. The Netflix series Love stands out for its realistic portrayal of just how complicated dating and mating can be. The series follows the relationship ups and downs of nice-guy-to-a-fault Gus and perma-scowl and Parliaments-puffing Mickey. Ross and Rachel these two are not (Thank God!). Over the course of three seasons, the two survive a disastrous first date at Magic Castle, cheating and a night out with Andy Dick.

Love joins shows such as You’re the Worst, Catastrophe, Insecure, Girls and Crazy Ex-Girlfriend in acknowledging relationships are messy and often bring out the worst in us, not the best, as rom-coms would have us believe. People cheat, people change their minds, people can’t make up their minds, and rarely do characters in these shows think marriage is a good idea.

I would also like to give You’re the Worst and Love shout outs for realistic portrayals of addiction and mental health, and for actually acknowledging these things can co-exist with romantic love.

As far as I’m concerned, it was about time pop-culture love got complicated. Rom-coms are not only bad for our romantic expectations, they’re also offensive to woman, and sorely lacking in diversity. The genre shoves heteronormative stereotypes in our faces with a force equal to the holidays ramming Love Actually down our throats on repeat.

It’s painful to watch the John Hughes rom-coms of my youth and see how racist, sexist, homophobic and classist they actually are. And I am pretty sure that scene at the end of Sixteen Candles is not the nerd getting the girl, but actual rape.

Pop culture’s infatuation with realistic romance also comes at a time when the bloom is off the rose of reality shows like The Bachelor. Viewers are no longer tuning into the anti-feminist fairy tale like they used to. Season 22, (the one with Boring Arie) averaged only 6.2 million viewers per episode, in relation to 7.2 million the season before. And the show no longer produces the ever-lasting Chris Harrison-approved love that it used to.

One of the major problems with reality shows and rom-coms is that they have traditionally targeted women, yet been written by men. Thankfully, we no longer have to settle for that. A move towards more diversity in the writers’ room and away from mass-appeal movies and must-see network TV, has subverted the rom-com genre. And it has given us portrayals of relationships that are far from perfect in shows like Ilana Glazer and Abbi Jacobson’s Broad City, and Insecure, starring and co-created by Issa Rae.

It’s also not just creators that have changed, since Harry met Sally. How people meet and fall in love has changed. Social media, apps and online dating mean meet cutes have been replaced by swipes. And Ghosts of Girlfriends Past love has been replaced by ghosting—a modern scourge. But it’s not just Tinder that’s to blame.

As politics becomes more like an episode of Celebrity Apprentice on acid and less like reality, we turn to entertainment that accurately reflects the world around us for comfort. Give me whirlwind celebrity romance trash fires like Pete and Ariana over fairy-tale royal weddings any day. There is something perversely life-affirming about pop-culture portrayals of messy love, because, unlike the Cupid-meets-Lady Luck, lottery-winning love that Nicolas Cage and Bridget Fonda’s characters found, back in 1994, it could happen to you.

What a perfect piece of dialogue. Forget Jerry Maguire, this completes me.