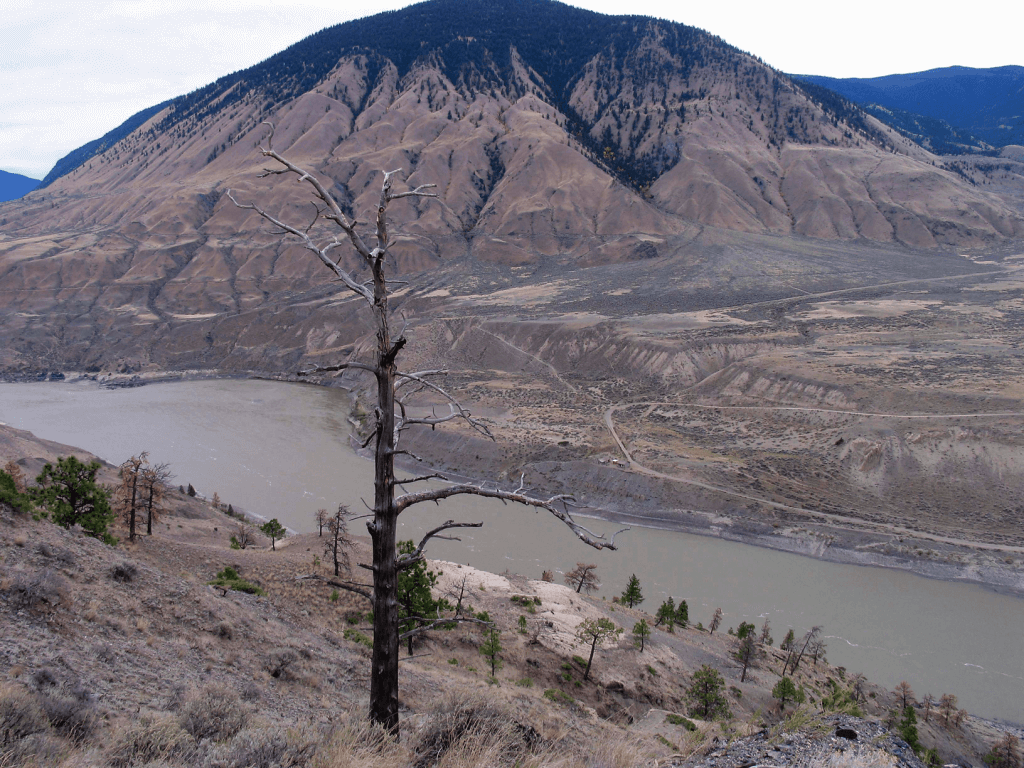 Along the Fraser River in the B.C. Interior is the High Bar First Nation reserve, a vast, rocky piece of land 120 kilometres northwest of Kamloops, population one. The sole resident, an elderly woman, doesn’t live there year-round. “She’s too old to go down there and live permanently,” says Angie Kane, High Bar general manager. “Her daughter takes her down and they’ll stay for a weekend.”

The federal government allocated the land to the High Bar nation in 1881, but in the 1920s, Canada deemed the land unlivable due to its lack of water access. It has remained empty and unserviced by the government ever since, forcing High Bar’s 164 members to disperse elsewhere, from Washington to Kamloops, Kelowna, and Vancouver.

With almost every member of the community living off of their reserve land, it occupies a grey area in the Trans Mountain Pipeline project consultation process with First Nations whose land or territories will be directly impacted by the project, or lie within 50 kilometres of its path.

While the boundaries of the High Bar reserve technically lie outside of the 50-kilometre radius, Kane argues that the project infringes on many areas where High Bar members are living, specifically Kamloops, where the pipeline will pass directly through. Some nations in the Kamloops area, such as the Whispering Pines First Nation and Tk’emlúps te Secwe̓pemc have signed an agreement of some kind, which might include an amount of money that would help the community in the case of a spill.

In 2016, in the midst of the project’s consultation process, High Bar hired a lawyer and forced then-owners Kinder Morgan (the federal government has since purchased the project) to consult with them. According to Kane, her community spent nearly $20,000 in legal fees—most of which was eventually reimbursed—only, Kane says, to be brushed off.

“They just sat across the table and said, ‘Well, you’re not within our 50-kilometre radius, we really don’t need to talk to you, but we’re here because we’re supposed to be,’” Kane recalls. According to documents, High Bar’s concerns extended from access to hunting grounds and medicinal plants, to environmental impacts from spills or leaks. After two meetings, the Crown found the impacts of the project on High Bar to be “negligible.”

“They should have had more talks with us, but they cut us off,” says Larry Fletcher, High Bar’s Chief. “We have band members that will be affected [by the pipeline] because they never got us a piece of land that is suitable for housing.”

There might be new possibility for members of the nation who feel they have so far slipped through the cracks. On August 30, the Federal Court of Appeal rejected the Liberals’ planned expansion of the Trans Mountain pipeline, citing a failure to engage in meaningful dialogue with B.C.’s Indigenous communities; they were ordered to conduct a second round of consultations.

Still, Kane isn’t hopeful. “It’s been so many years of not being recognized,” she says. “Until we actually have somebody sitting in front of us having a discussion, we don’t hold our hope out for it.”