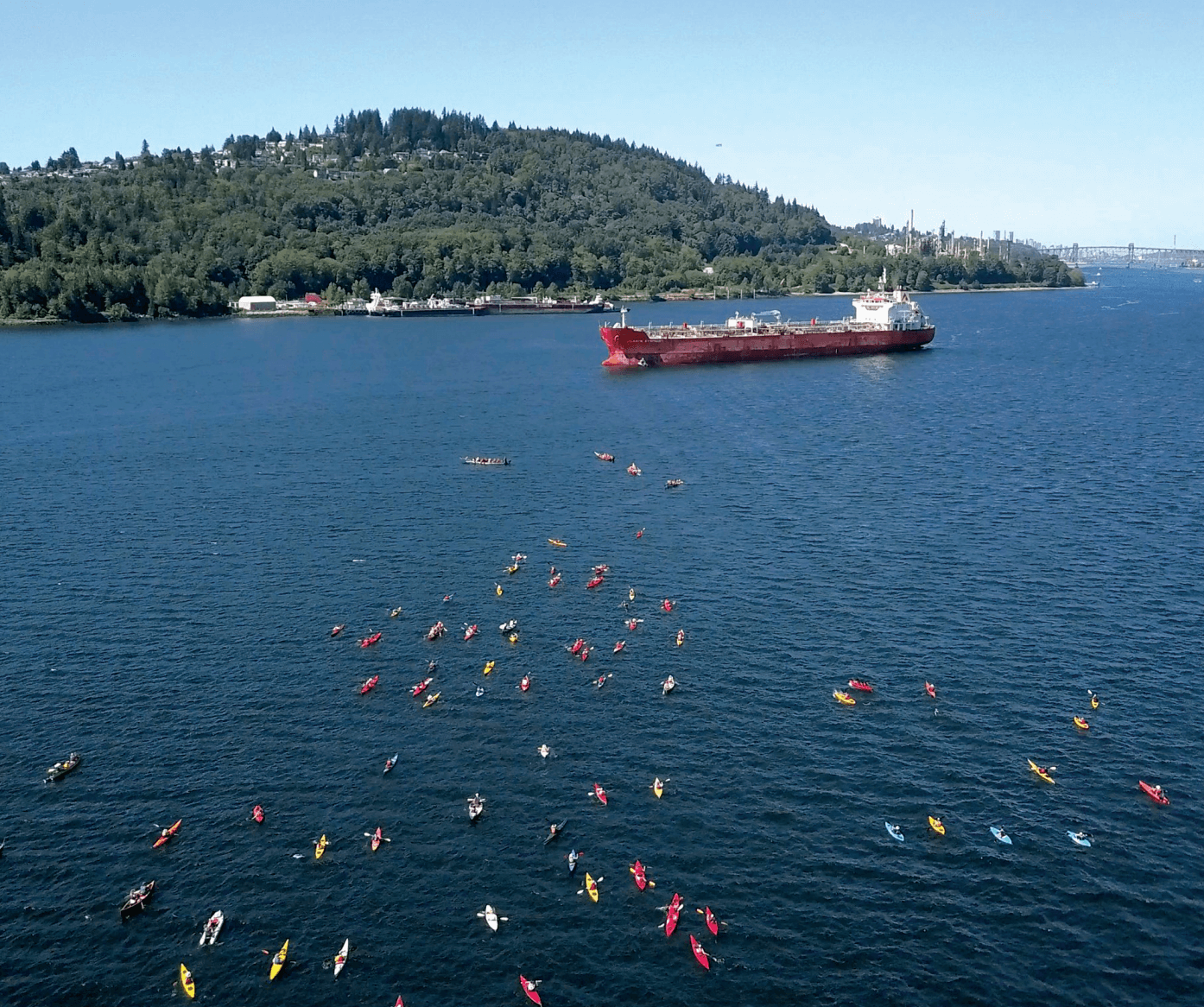 In Burnaby, B.C., this past July, more than 70 activists and members of First Nations took to the water in boats, canoes, and kayaks to protest in front of the Trans Mountain Terminal. The protesters formed a flotilla to express their upset with the Trans Mountain pipeline extension project, which the federal government announced it would acquire. Photo courtesy of Protect the Inlet.

The Trans Mountain Pipeline saga has been ongoing for years, but tensions peaked this May when Justin Trudeau announced his government’s plans to acquire the project for $4.5 billion. In 2013, energy infrastructure company Kinder Morgan proposed building a new pipeline to run parallel to the existing one, built in 1952. The proposal reignited ongoing disputes around environmental ethics, considerations for traditional Indigenous territories, and the economic benefits of the oil industry. Here’s a look at the different ways news outlets across the country have covered the controversy:

The national broadcaster’s reporting on the pipeline’s recent developments has focused on response to events and moves by the federal government. It has played a key role in breaking news to the public, and its quick takes have been largely centred on the fears and arguments of environmentalists and First Nations leaders.

THE GLOBE AND MAIL

The Globe and Mail has largely covered the economic impacts of the pipeline as well as the political sagas that have played out since the Liberals decided to buy out the project. The reporting looks at environmental debates surrounding the expansion, yet these issues are often presented as opposition to the fight for access to land and sea. Another major theme in their coverage is the fear of the pipeline’s demise and the question of what’s next.

The Indigenous news outlet’s coverage has been focused on those protesting the expansion, such as Indigenous people and non-for-profits like Greenpeace. APTN will often refer to protesters as “land” and “water” protectors, usually residents of remote areas who have been left out of the prevailing conversation in mainstream news coverage.

Coverage by the B.C.-focused independent online news source has challenged the truth of what Canadians are hearing about the Trans Mountain Pipeline. They’ve published a number of deep-dives on the data and history around the expansion project, focusing on educating readers rather than providing updates.