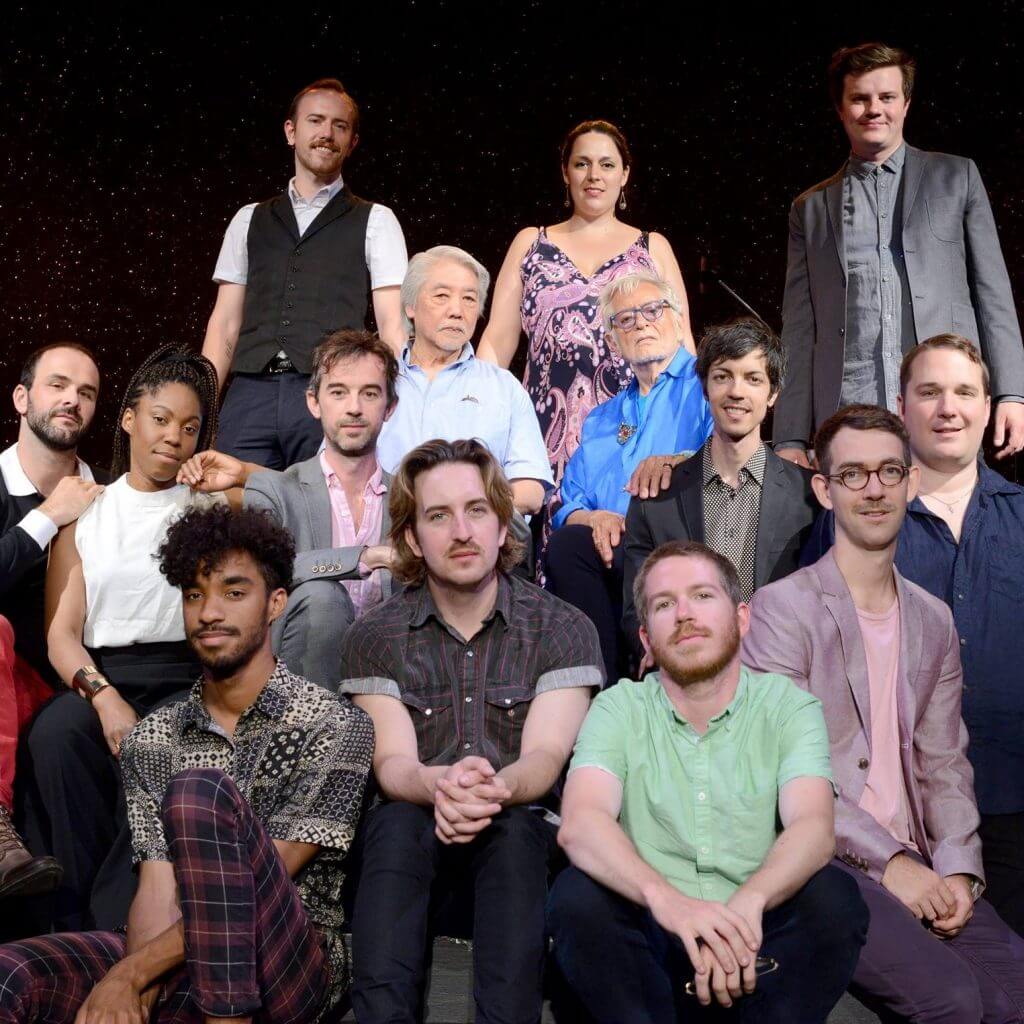 On stage, a group of classical musicians dressed in formal evening wear hold their string, brass, and woodwind instruments. Making their final preparations before playing, they check their tuning, adjust their seats, and arrange sheet music on the stands in front of them. A pianist sits to one side, and a drummer near the back. After a slow lead-in from the rhythm section and trills from the strings, a vocalist steps to the microphone and begins to sing. But rather than opera or a contemporary classical composition, the lyrics to the iconic queer anthem “Smalltown Boy” by Bronski Beat emerge, instantly recognizable to anyone who has danced in a gay club in the past 30 years. This stripped-down orchestral cover version is just the first in an eclectic set that will transform well-loved pop songs into surprising, beautifully performed new works.

This is the Queer Songbook Orchestra, an 11-piece chamber ensemble dedicated to unearthing and reimagining a queer canon from the last century of popular music. Directed by Toronto musician Shaun Brodie, the group creates new arrangements of songs by out and closeted queer artists from Elton John to Leslie Gore, while also queering music from Disney movie soundtracks, Top 40 radio, and popular musicals.

Reclaiming a hidden history of LGBTQ participation in pop culture, the Queer Songbook Orchestra is actively invested in the politics of queer representation. During performances, narrators read stories that situate these songs within individual queer lives, often sharing deeply personal memories of adolescent hope and desire. For one narrator, k.d. lang’s hit “Constant Craving” was the only representation of queerness he encountered while growing up in his small Newfoundland town, and he relentlessly called the local radio station requesting it. These are songs that have saved lives, celebrated by the Queer Songbook Orchestra in lush performances that inspire moments of communal joy, sorrow, and reflection.

The Queer Songbook Orchestra is a diverse group of musicians, many of whom are sought-after players with bands like The New Pornographers, Hidden Cameras, and Bonjay, as well as the Canadian Opera Company. Some recent collaborators have included acclaimed poet Gwen Benaway, Rough Trade singer Carole Pope, and pioneering electronic music composer Beverly Glenn-Copeland.

The group has a busy 2018 planned. They are completing a stop-motion film, soliciting new stories to appear in their live show, and releasing their debut album in June. In the fall they embark on a 12-date tour that will take them from Whitehorse to St. John’s, N.L.