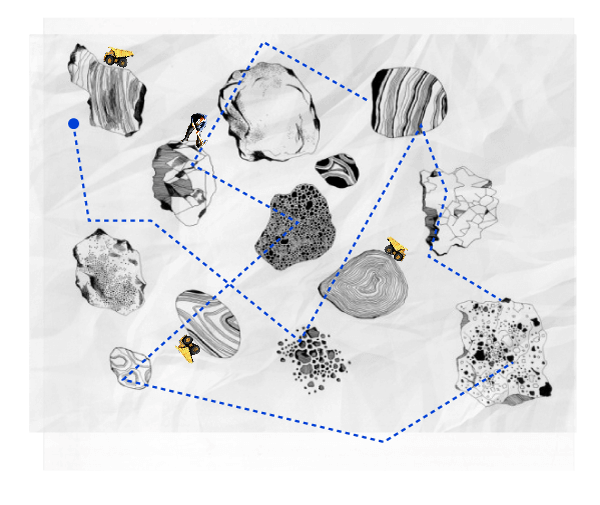 When people talk about fantasy worlds, they often mean worlds populated with dwarves, elves, and magic. But in a way, stepping onto the convention floor of the Prospectors and Developers Association of Canada (PDAC) conference did feel like a fantasy. As the biggest mining conference on Earth, it’s frequented by some of the wealthiest in the world. It’s a place where smoked salmon and fancy cheeses lie heaped on trestle tables, free for the taking. Where dark-suited white businessmen modestly acknowledge the opportunities they create for “the Indigenous.” Where mining companies advertise investments in their projects by offering up entire countries like they’re new brands of kombucha. Try Ecuador!

Standing in crowds of laughing, mingling geologists, mining engineers, CEOs, and government representatives, it was genuinely hard to remember where they got their power and wealth, thousands of miles away.

The Mining Injustice Solidarity Network seeks to do just that. MISN brings attention to the aspects of mining many would rather not think about: human rights abuses, environmental destruction, and lawsuits and tax evasion.

And this year, they did it through a treasure hunt. Participants showed up to a bar near the event, and coordinators from MISN handed them a series of questions to ask specific company representatives. The “hunters” then plunged into the conference.

“It’s a very different world than my own,” said Clay Barnett, who participated in the hunt.

While MISN organized the treasure hunt to function as a “creative disruption,” Barnett said he wasn’t out to antagonize. “I’m not an obtrusive person. I was in some ways just trying to understand the world that those people are inhabiting. I think I shook them up more by wearing my jeans than by asking my questions. They’re all wearing these suits… you know, the ‘I have money, so do you, let’s make more together’ look. That vibe is very strong. I don’t hate that. It’s interesting.” 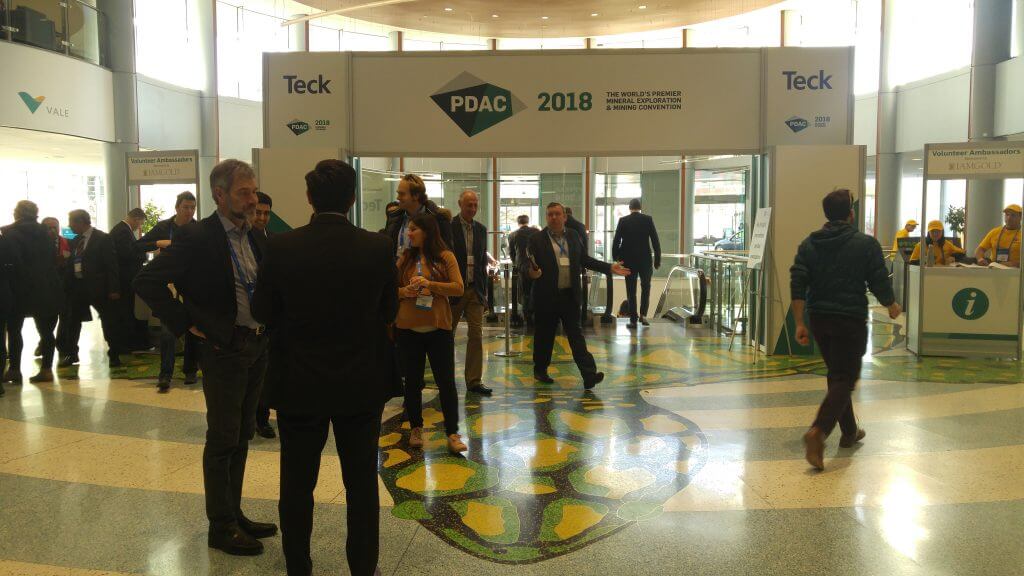 On the floor at PDAC, the world’s largest mining conference. Photo by Caitrin Pilkington.

The hunt directives ranged from asking lighter questions to more challenging, complex inquiries. “I think the most fucked up thing isn’t what is seen here, but what is absent,” said Emily Green, collective member of MISN. “For example, there was a big spill last year, [but the company involved] is not here this year. One of the questions in our treasure hunt is to look for a mention of that oil spill. And it’s a trick question, because you will not find that anywhere.”

But why use a treasure hunt to push these issues to the fore?

“Public actions can become empty rituals,” says Green. “In our four years of attending PDAC, our strategy has included rallies, but we don’t want to default into an activism ‘formula.’ We want to think strategically about what our goals are.”

The questions were an invitation to consider the challenges of those impacted by the mining industry, and show that people are paying attention.

Emmet McAleer is from Greencastle, Ireland, a place officially designated as an Area of Outstanding Natural Beauty. It’s ecologically unique, home to rare species such as the parrot mussel. It’s also soon to be affected by a major gold mine project. McAleer travelled from Ireland to the PDAC out of his own pocket. He explained that the cyanide processing plant and waste dump for the project will be located less than a kilometre from his community’s local primary school and playground.

He strongly disagrees with widely touted notion that mining benefits the areas where it happens. “The financial rewards will go almost exclusively to this company. There’s a small tax that will go to the Queen, but almost nothing that will go back into the local economy,” he said.

“We’ll be left with this wasteland. This toxic dump. We’re a place with a lot of rural agriculture, a lot of families. It will be a massive threat to our way of life if this company is allowed to come in and do what they want here. It’s frustrating when you’re arguing a point that feels so clear, to be made to feel like your worries mean nothing.”

It was easy to get the sense at PDAC that not all mining offences come as a result of outright cruelty, but a lot of ignorance. An executive involved in a mine in Ecuador said in a talk: “We arrive in these places where there’s nothing but trees. We leave with fully functional mines and business opportunities. And that’s something I feel good about.” He smiled, nodded, and stepped down to rapturous applause.

The treasure hunt felt like a powerful way to ask the questions affected communities want asked, and include their voices in a place where their worries are too-often disregarded, overlooked, and explained away. In places where the truth can feel so different depending on who you ask, the most important thing we can do is to keep asking the questions.