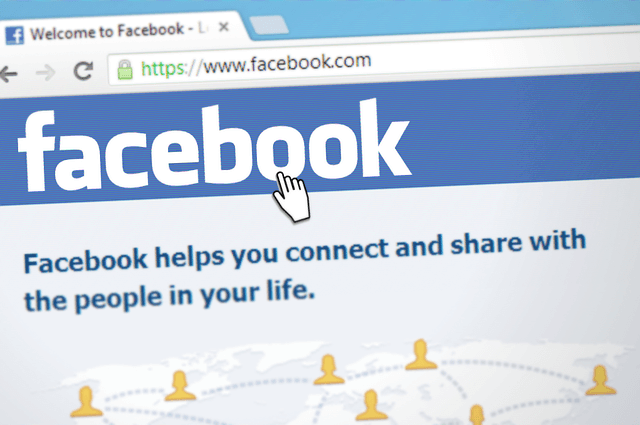 Founder Mark Zuckerberg announced early last month that the network’s algorithm was changing to show “less public content like posts from businesses, brands, and media” in users’ news feeds, instead highlighting personal posts that “encourage meaningful interactions between people.” The announcement cost him more than $3 billion of his own personal funds after Facebook’s stocks plunged, of which he owns more than 400 million shares.

The algorithm update indicates a dramatic change in the way users will consume their news—one that, ideally, is meant to curb the proliferation of fake news—but also in the way publications will have to promote their digital content. Facebook is no longer the audience gatherer it once was—and it hasn’t been for a while now.

Independent publications know this best. Created with the purpose of telling stories that may not be explored by mainstream media, Canada’s indie outlets know how to operate on a smaller audience and budget. And, in the ephemeral digital landscape, indie media has become accustomed to creating a community within the noise of the internet.

“Facebook has always been flawed. I think it feels less like a major change and a continuation of the fact that [digital media] just doesn’t seem like a priority to them,” says Haley Cullingham, senior editor of online magazine Hazlitt. She says Hazlitt’s Facebook strategy will not be changing after the announcement because its traffic mainly comes from people sharing its content organically, and from other social networks, like Twitter. “We’ve been very clear on the fact that we’re not going to change the fundamental tone and personality of the site just to accommodate the specific way the internet has provided [to best reach the audience],” Cullingham says. This is a strategy that other Canadian indie outlets, like Now magazine and the Tyee, share. For smaller publications, the focus has always been on the stories not told by mainstream media—not the likes and digital targets.

News outlets have long been warned against following algorithm changes too closely—as seen in Facebook’s push toward branded content, then image-heavy content, then video content, then its experimental (and largely ineffective) foray into live video. Companies that have dedicated resources chasing these trends have never seen the return on investment that they were promised.

“The danger of putting all your eggs in one basket is that someday, someone can just fuck up the basket,” says David Topping, senior manager of product at St. Joseph Communications. “Relying entirely on a social network that you have no control over, insight into or power to affect change with is always going to be a risky strategy. It’s not one that I would recommend.”

Topping says he hopes the new algorithm will encourage more originality and stronger dedication to meaningful content among publications. He warns that the recent trend of favouring clickbait and viral content may end up hurting outlets in the end. As publications inevitably move away from receiving funding from advertisers and shift toward asking their readership for money, he says “they will have spent so long reducing that value to that audience that, when the time comes … no one will care enough to do so.”

Michelle da Silva, online and social media manager for Now magazine, says her staff have been preparing for an announcement like this. Over the past two years, the publication has been devoting more resources into its digital platform. “Of course, we still have our print publication and that’s an important part of what we do and an important part of our legacy. But the only way forward is by making sure that you have a good digital strategy,” da Silva says. She says Now isn’t as affected by the algorithm change because Facebook clicks only account for about 10 percent of its total online traffic. Although it is still the “highest amount of traffic in terms of social channels,” the majority of its online hits come from Google searches, or people looking up the site directly—showing that, at least for indie mags, the concept of the “dead homepage” remains a myth for now.

This sentiment is shared by other indie publications, like Vancouver’s the Tyee. Bryan Carney, director of web production, says Facebook makes up around six to 10 percent of the publication’s total amount of online traffic in any given month. Although longer-term effects of the algorithm change are still yet to be seen, Carney’s first reaction isn’t to do a complete rehaul of his digital strategy. “You can watch the landscape and not necessarily throw money into promotion,” he says. “I think the winning way to do it is slowly build an audience rather than getting too excited about platforms.”

Carney mentions how Tumblr, the blogging site, was once touted as “the biggest thing that was going to take over Facebook.” Those rumours never came to fruition. He says, “We didn’t go and hire a Tumblr intern… and we’re probably pretty glad we didn’t.”

He also says that Facebook’s popularity, especially with advertisers, has devalued advertising on the Tyee’s site. “We’re not so tied to the fortunes of Facebook, nor do we feel any sort of loyalty to them,” he says. “It’s not likely there’s any love lost when it turns out Facebook will be less and less important for news. I hope this can be a positive development, that it’ll cause people to rethink the way we consume news and aggregate it and curate it… I think there’s a potential for this to be a positive in the industry for people to do something about it.”

The algorithm change could help slow down the breakneck speed of the news cycle. Misinformation and clickbait posts often come from the need to publish the most content faster than anyone else. If publications are phased out of readers’ news feeds, they’d need to find a new business model—one that, hopefully, relies more on publishing content that is more meaningful and nuanced than one-dimensional takes designed to go viral. However, it also does mean that people who have been using Facebook as a news aggregator may need to find an alternative. That includes more active support for digital content—like publicly supporting and sharing meaningful pieces, or subsidizing publications that commit to publishing them.

Ultimately, Facebook is putting the onus on the reader to go out of their way to find content that speaks to them—as it should be. Reading the news critically and evaluating different viewpoints should always be a conscious, active process instead of something done passively. And while the algorithm change represents a shift in the way news will be promoted and consumed, Canadian indie publications will survive using the same techniques that have kept them going in previous trying times: by creating meaningful niche content that personally speaks to its readers—and by not investing all their resources on a Tumblr intern.