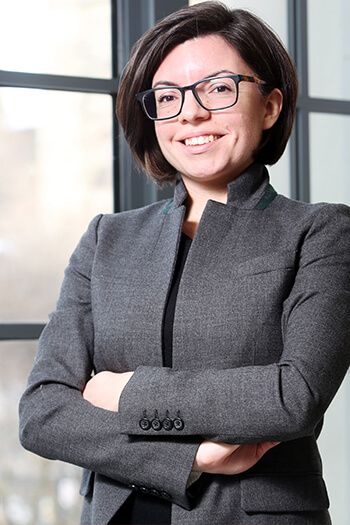 After my Vancouver book launch in October 2013, I headed right for the snack table. My travel schedule had brought me from Winnipeg to Vancouver early that morning: I had slept on a friend’s floor in Winnipeg and arrived before sunrise in Vancouver. By the end of my talk, the sun was back down and I was starving.

My book tour took me across Canada and despite being between 22 and 29 weeks pregnant with twins, it was nearly the same as travelling when I wasn’t pregnant. The only differences: I was deadly tired, I had to check my luggage because I couldn’t lug it around with me, and I had to anticipate well-meaning friends offering me terrible advice.

The advice ranged from you simply cannot travel, you will miscarry, to warnings that my travel days would soon be over. The night of the Vancouver launch, I poured myself a third of a tiny glass of wine. I was getting to the end and I was ready to have wine again. A male friend watched in terror, horrified that I might be doing something reckless.

The perception other people had of my abilities or capacities to operate while carrying twins was what I remember most from my professional life in 2013. People couldn’t believe that I wrote a book with so-called Baby Brain, or that I was capable of a book tour.

That’s why for the past few months I closely watched the NDP leadership race and how Niki Ashton was perceived, celebrated and, often, ignored.

Each of the male candidates crafted a persona that balanced mainstream electability with edgy social democracy: Angus is a punk rocker who has got your back. Caron is an economist who seemingly ran to be the NDP’s first finance minister. Singh’s landslide victory was, at least in part, thanks to the image he crafted of a stylish, hip fighter who can go toe-to-toe with Trudeau—whether in the House of Commons or in a boxing ring.

But Ashton stood apart from the group—both thanks to her politics and, more insidiously, the limits of her gender and pregnancy.

Ashton’s pregnancy barely entered into the discussion about her candidacy. None of the male candidates made an issue out of it. But they didn’t have to. Once the first wave of articles announcing her pregnancy passed (and then the second wave, as everything comes in twos with twins), silence about Ashton’s capacities emerged, leaving the chatter to percolate on social media alone. This allowed for stereotypes and anti-parent rhetoric to dominate the discussion.

Qualifying the impact that anti-pregnancy bias has is difficult, but the comments I’ve seen are illustrative: questioning the period of time that Ashton would take off, wondering how Ashton would lead the party while also “feeding on demand,” how she would manage work and home life. Those questions could be legitimate, but a debate, whether in the press or among the membership would have to happen. The lack of open debate or discussion about Ashton’s pregnancy is indicative that many NDP members feared that if she couldn’t hit the ground running on January 1 as the leader because she’s covered in baby goo, she is a less desirable candidate than one of the men running.

The reason why I know that these questions aren’t simply innocent is because I’m an expert in what people who do not have twins think about people who do have twins. I, like probably every single twin parent in Canada, have heard it all. Did they sleep together? (Kind of.) Did I breastfeed? (Kind of.) Did I breastfeed them at the same time? (God, no.) Are they identical? (No.) Is it the worst? (Yes.) Is it the easiest way to have kids? (So very no.) How did you ever find time to work? (It was easy: I needed the breaks.) And so on. Buried in every question is an assumption that I’d gleefully puncture.

The conceptions that people have about having twins are usually all wrong. Everything that characterizes a singleton pregnancy flies out the window when you’re blessed with an egg mutation that unbelievably places two humans inside of you. You have no time for reading or practicing parenting theories. The list of issues that characterize the early days with twins is long and rarely fit into what people think it must be like: isolation, boredom, mastitis, double liquefied poo explosions, injuries, hair pulling, quadruple illnesses, travel challenges, daily laundry.

And it’s within this that the stereotypes of the mother’s role are most evident. New mothers are barely allowed to be whole persons; mothers of twins simply cannot be whole persons. They must be laying on the living room floor meeting every single need of their new offspring.

I saw comments like these posed on Facebook in relation to Ashton’s ability to lead the NDP, and they need to be aired and discussed. When silence replaces conversations about post-natal life, stigma and stereotypes about motherhood will take root.

Will Ashton double feed? Will she be up at night when one cries? Can she perform in the House of Commons on two hours of sleep? Is her partner serious about being present for 24-hour care? Can a father ever really replace a mother in those precious early days?

Parenting twins is about survival. In the beginning, all my partner and I did was ensure that the kids were fed, clean enough, and sleeping.

But we also continued to work. We went back to work immediately while our kids were hospitalized (because there was literally nothing for us to do otherwise) and, despite taking some time off, we were travelling again in two months, working on the edges once they were both home. We had the support and help from our friends to make it work. I clocked the most amount of cross-Canada travel for work in my life the year my kids were born.

Pregnancy forces us to re-consider the structures and barriers in place that prohibit participation in politics. And, if we don’t talk about them, we further entrench sexist and ablest barriers. Images of breast-feeding parliamentarians aren’t feel-good examples of women’s liberation. They’re dynamic pictures of how to parent on the fly while maintaining your own career—and every story contains lessons about how to make politics better for new parents.

We have to talk about pregnancy in politics if we have any hope of making things better for politicians who want to bear children.